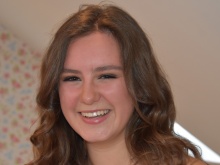 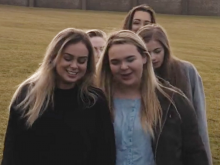 The group are working together to stop the abuse 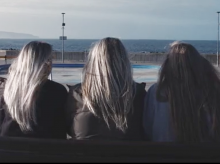 Help the girls by sharing their story

A group of six young women on the north coast of Ireland, who have all experienced sexual harassment and felt unsafe where they live, want to highlight the ongoing issue they say controls their streets.

Orla Stanton, 18, is leading the group in their campaign to make sure certain behaviours are not perceived as normal.

‘It has affected us all in some way,’ Orla explained. ‘We get angry because it is perceived as normal behaviour and it shouldn’t be accepted.’

Orla was backed into a corner at a party by an older man who continued to make unwanted advances towards her even though she made it clear that she wasn’t interested.  Her friends saw what was happening and ‘rescued’ her.

‘He physically backed me into a corner so I couldn’t leave, I felt really trapped and it was scary,’ said Orla, from Portstewart.

‘When I am walking home from work people shout out of windows. It is very intimidating when a car pulls up beside you full of people under the influence of alcohol.’

Another member of the group, 18-year-old Lucy McDowell, said: ‘I’ve had men say offensive and inappropriate things to my face; comments about my body or what I was wearing and then try to offer me a lift home.’

The group said they use facial expressions to signal to their friends when they need to be ‘rescued’ because they fear if they speak out it will make the situation worse.

They decided to team up with Fixers and make a film titled ‘What Makes Me Uncomfortable’ to show how their experiences have made them feel.

The group hope to share their resource in schools, via social media and hope the police will pay attention to it.