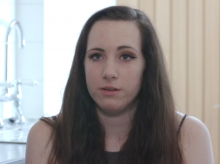 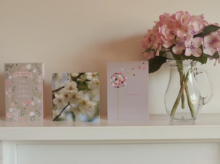 Memories are made to be remembered 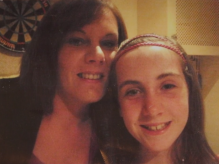 Zoe lost her mother 6 years ago

'I believe that society needs more exposure to death. The fact that it is a taboo subject is troubling, as it sadly is something that happens more than is discussed. Even though I do understand this, I believe that people need to be more comfortable and open about the subject.'

Eighteen-year-old Zoe Long, from Whitchurch, wants people to start talking about death. Ever since her mum died of a sudden seizure six years ago she has found that being open and sharing her thoughts is the best coping mechanism.

Zoe’s mum was just 37 when she died and at 12 years old Zoe admits she didn’t know how to feel or react.

She says she remembers people hugging her in the street and playground, but couldn't understand why, and blocked out the tragedy for many years. She believes that some people simply didn’t know how to act with her, so she did her best to seem ‘normal’.

Zoe's story will be broadcast on ITV West on Thursday, August 9, between 6pm and 6.30pm.

The childhood Bereavement Network state bereavement in children and young people is more frequent than many people think. With 78% of 11-16 year olds in one survey saying they had been bereaved of a close relative or friend.

Now, six years later, she can finally talk about her mother. She’s found opening up to her sister and boyfriend has really helped, and she now enjoys telling stories and sharing fond memories of times shared together.

Zoe says finally talking about what happened has really helped her grieve: 'social support can go far, as I have learned from friends and family helping me as much as they could. You need to let yourself open up to help and advice, even when you feel like they don’t understand.'

Zoe believes that whether it’s your mum, your nan or a pet you speak to, people need to know just how much talking and opening up can help.