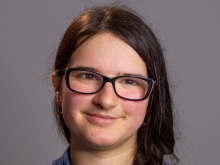 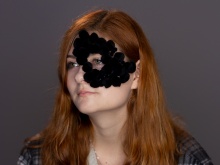 She has made a film to help others 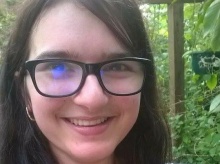 “I suffered in silence, not telling anyone about my mental health for a long time and it got really bad because of it. Whereas when I opened up and said something to someone – it didn’t just vanish and go away – but it did get better.”

Twenty two year old Catherine Vincent from Middlesborough started suffering from depression and anxiety after her gran passed away.

“It was like a big black heavy cloud surrounding me. I couldn’t leave the house. It felt like a struggle just to do everything and anything.”

Catherine’s condition became so bad she had to take a year off university. Finally she sought out help. She had counselling sessions and spoke about how she was feeling to her boyfriend Rob.

“It took me a long while to be open about it because I felt embarrassed about my mental health," she said.

"It was very much like - why am I not strong enough to deal with this? I thought I was being stupid because I wanted to go to university every day. I wanted to study and do well and I felt really stupid not being able to do that.

Catherine has gone on to get a degree in accountancy and finance.

The film she made with the help of Fixers aims to show how trying to hide mental illness only makes things worse.

“It grows and grows,” she says. “It won’t get any better until you seek help. Even if it helped just one person, if one person watches my film and thinks 'I am struggling, I am going to speak to someone', I think that would mean that my project was worthwhile.”

Catherine's project was supported by The Wellcome Trust