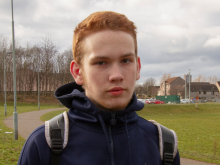 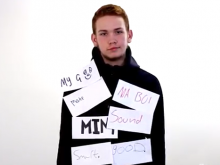 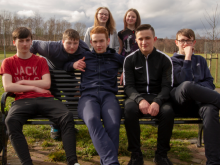 A group of young people from Pilton in Edinburgh are campaigning about stereotypes after they feel unfairly judged because of where they live.

The young people say they feel discriminated against by people who are not from the area.

Lead Fixer Jordan Wilson, 15, said: ‘I am always judged because of where I’m from - many of us are negatively stereotyped.’

The group believe attitudes in their community are slowly changing but appreciate there is a ‘handful’ of young people who sometimes let them down.

The group say young people in the Pilton area are often referred to as ‘junkies’ and ‘thiefs’ and the reputation impairs their chances of promising job prospects.

With the support from Fixers, Jordon and the group made a film titled ‘Pilton Perceptions’ to encourage people to treat others the way you would want to be treated.

The group say they hope to inspire people to take time to get to know them instead of ‘judging’ them immediately.

Jordon added: ‘I think there could be more youth clubs and more places for young people to go.’

‘Most people just want to have a laugh together.’

This project was supported by Move On.