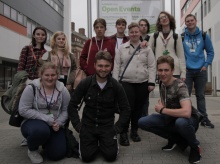 Stand up to the bullies 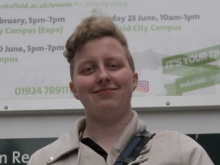 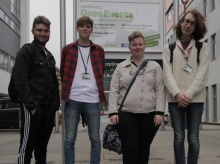 You are not alone. This is the message from a student who wants people to stand up to bullies.

Heather Allcock was shocked when she witnessed a friend, who was suffering from psychosis, being taunted by her peers at school.

The experience made her want to encourage others not to turn a blind eye, and with the help of Fixers she has created a film aimed at students.

‘I want to encourage people to stand up for what is right and wrong,’ said Heather, 19, from Wakefield.

‘We have all been in a situation where we don’t agree with the way someone is treating another person, but maybe people are embarrassed or don’t have the courage to step in themselves.’

Heather was not alone when she voiced concerns at the way some people were being treated in her school. Her friends also felt strongly that people’s mental health should be taken seriously.

‘Not many people know about mental health,’ explained Heather.

‘Often a person’s insecurities stop them from opening up. People need to know it is ok to talk.

‘My message to everyone is if you know someone is struggling then you should be there and support them.’

The film is shot from a male student’s perspective. It shows him isolated from the crowds and sitting separately in the classroom while a larger group start taunting and throwing paper at him.

Eventually another student stands up for him, explaining he has other issues he is battling with every day and asking the lads to ‘leave him be’.

‘You never know what someone is truly going through,’ said Heather.

‘Be thoughtful, not judgemental.’

The film was launched at the Health and Wellbeing Fair at Wakefield City Campus this week.

Hundreds of students watched it and applauded the positive message.

One student said: ‘It is a really powerful film. Even though it is short it gets the message across, people assume bullying only happens in schools, but this highlights it carries on in colleges and work places and that it isn’t ok and something should be done. Well done to those involved.’

This project was supported by Leeds Community Foundation.