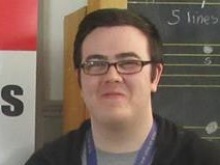 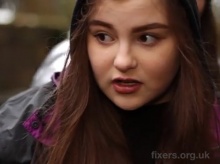 A snapshot from Ethan's resource. 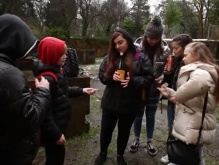 These young people was to make a difference.

A youth worker has made a film to get the message across about the dangers of drug and alcohol abuse.

Ethan Mcinally wants to educate young people on the harm and consequences of drugs and alcohol, and inspire them to make better life choices.

The 18-year-old from Glasgow chose to make a film after seeing the negative effects substance abuse has on children as young as 10.

‘While working with kids as a volunteer at Govan Youth Information Project I have seen the effects of them getting themselves involved with drugs and alcohol and how it has changed them,’ he said.

‘When you approach them and ask about it they say they aren’t given much information about drugs and alcohol and the harm it can do, so I decided to put a project together to give them more information and more background about the side effects.’

Since starting the campaign, Ethan has visited many schools across the district of Govan in Glasgow, and delivered educational presentations to nearly 6,000 pupils raising awareness of the life-threatening consequences of alcohol and narcotics.

The visits also include activities where the young people are encouraged to stand up for themselves and be the bigger person.

‘I’ve had great feedback from young people saying they would now think twice about getting involved with drugs and alcohol, so that shows me the work I’m doing is paying off,’ explained Ethan.

‘I want to show them that by taking drugs and alcohol it’s having damaging effects on them now and in the long term.

‘Young people say ‘it’s boredom - there’s nothing to do’ and they want to be ‘cool’ but I turn around and say ‘I didn’t do it and look where I am’. It’s important they look at things differently.’

With the help of Fixers, Ethan has created a powerful film which shows the impact of drink and drugs misuse.

He hopes it will inform others on the life threatening consequences and inspire people to make better decisions regardless of what their peers choose to do.

‘I want to get the message across that people’s actions don’t only affect them but it impacts those around them - family, friends and the wider community,’ Ethan added.

Ethan is holding fundraisers around Glasgow to help make informative resources to promote healthier lifestyle choices and encourage young people to be more active, off the streets and out of trouble.

This project was funded by Comic Relief.