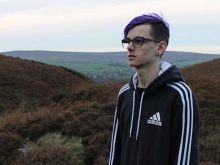 Josh Connor has suffered with ME since he was 10 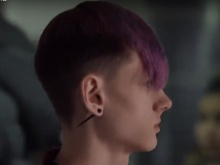 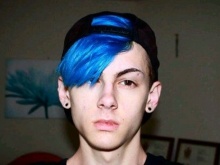 A young man who suffered in silence for years wants to raise the awareness of invisible illnesses.

Josh Connor, 19, first experienced the crippling effects of ME when he was just 10-years-old. He was officially diagnosed with the disorder three years later, but felt misunderstood by his peers as there were no physical symptoms.

He has made a film to educate people about the illness, which leaves him feeling exhausted and rundown, but gets confused for being a ‘typical lazy teenager.’

‘People look me up and down and cannot see anything wrong,’ Josh explained.

‘They cannot see a leg missing; they do not hear a big name like diabetes or cancer, so they think you are just a bit lazy.’

When Josh was 10-years-old he experienced a week of flu-like symptoms, intense lethargy, and lost nearly two stone in weight.

Doctors at the time put his illness down to the stress of his family moving from Wales to Leeds.

‘Things did pick up a bit after my initial illness and I focused the last few months on enjoying life in Wales,’ said Josh.

But soon after moving to Leeds and starting high school the symptoms returned and he was forced to drop out of school.

ME, also known as Chronic Fatigue Syndrome, is a long-term illness with a huge range of symptoms. The main one is tiredness, but sufferers can also experience joint pain, problems concentrating and heart palpitations.

It is not known what causes the illness, and symptoms usually get better over time.

With support from his family and medical professionals, Josh managed to go back to college after being out of mainstream education for four years, and completed his GCSEs.

He now wants other ME sufferers to know they are not alone.

‘I had no-one who I could relate to when I was ill,’ recalls Josh.

‘I got a lot of stick when I was ill, because people had never heard of ME; everyone made their own assumptions. My friends disowned me, believing me to have some infectious disease.

‘There was no support of understanding. I’m determined to change that for the future of others.

‘If I could have had someone my age say I am in the same boat that would have been so helpful.’

He hopes his film, which tells a story from the sufferer’s perspective, will give families and friends of those diagnosed with ME a greater understanding of the illness.

This film was funded by Comic Relief.