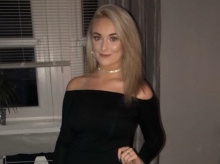 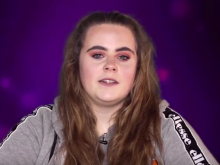 A still from the group's film!

These young people are raising awareness about catcalling

A group of Wallace High students have made a film to raise awareness against catcalling.

The majority of the group have been left feeling ‘uncomfortable’ and ‘embarrassed’ after experiencing this form of sexual harassment.

Lead Fixer Shaunie McAvoy, 16, explained: ‘We decided to produce this film as we think it’s an important issue that needs to be addressed.

Catcalling is a common phrase used to describe derogatory behaviour, this includes wolf whistling, heckling and unwanted comments from people in the street.

‘It’s happening more frequently and it’s getting to the point where people are too scared to get help,’ explained Shaunie, from Stirling.

‘I was walking in town when a middle aged man came up close to me and shouted ‘alright blondie’, I felt really intimidated.’

The group conducted a survey to find out about other people’s experiences. These included people shouting from cars and men yelling comments at women on the street.

Shaunie said: ‘They think it’s funny when they are doing it but we don’t think it’s appropriate.

With the help of Fixers, the group of young people have produced a film to raise awareness about catcalling.

‘We want to circulate our resource on social media with the aim to help younger people as they are more vulnerable,’ Shaunie added.