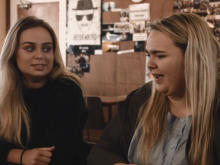 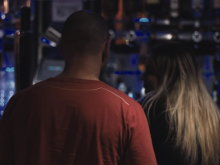 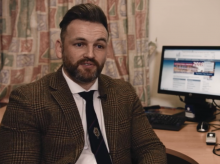 A group of young women from Portstewart are lifting the lid on sexual harassment by showing that everyone should have the right to go out without receiving unwanted attention.

Their story was broadcast on UTV News Live in November.

Led by 18-year-old Lucy McDowell, the group are encouraging young people who have experienced harassment to come forward and not brush their experiences off as being normal.

‘It makes you feel so small and so intimidated in an environment that should be safe and where you should be having fun,’ says Lucy.

‘Our Fixer project is highlighting the concerns of being on a night out and hearing derogatory terms or getting comments that make you feel uncomfortable or being grabbed or touched in ways that you know is not right or makes you just feel unsafe.’

Fellow Fixer, Orla Stanton also features in the film to explain one incident she was caught up in.

‘Last summer I was out with a friend and she was away getting a drink so I was by myself and someone came over to me and kind of physically backed me into a corner so I couldn’t leave.

‘Because no one was around, no one could help me get away from the situation and I felt really trapped and it was really scary.’

Dr Mark Rodgers is a Consultant Child and Adolescent Psychiatrist for RCPsych in Northern Ireland.

Appearing in the film, he says: ‘Increasingly, we understand that trauma can be very individually defined, so it can be a distressing event that exhausts a young person’s ability to cope with it.

'So if somebody experiences an infringement of their personal space like that and they feel they can’t cope with that then that could constitute a trauma and it could lead to secondary emotional problems like depression or post-traumatic stress.’