What's in a Kiss? 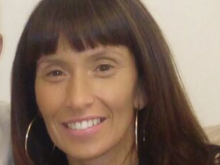 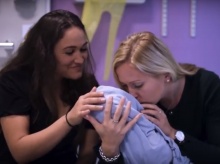 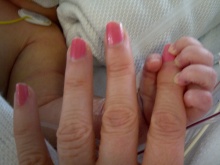 She is now raising awareness of the illness

A mum whose son died from the Neonatal Herpes virus is campaigning to raise awareness about the illness.

Chezelle Craig’s son contracted the Neonatal Herpes Simplex Virus (HSV1) shortly after he was born in 2012 and died when he was just 19-days-old.

The first-time mum, 37, from Croydon, had no history of herpes herself and was unaware the virus could have such catastrophic effects in newborn babies.

She has made a film with Fixers warning people of the dangers of the virus and educating them about the risks of passing it on to newborns.

‘Like many people I ignorantly thought herpes was solely a sexually transmitted disease and did not realise there are different strains of the virus which can be passed on via a cold sore,’ said Chezelle.

As an anxious and excited mum-to-be, Chezelle had read as much information as she could about the risks to newborns, yet she had never heard about the virus that killed her son.

Her son was delivered by forceps, and during this intervention was grazed on the face.

It is believed someone carrying the herpes virus transmitted this to Chezelle’s son through contact with the graze on his face, likely a kiss.

‘Following my own devastating experience, I was shocked to discover there was so little information in the public and medical domains about the virus,’ she explained.

‘As a result, I have been campaigning for the last five years to improve this and break some of the stigma that surrounds herpes.’

Hear from others affected by health issues. Click to read their stories.

Her campaign has largely focused on the medical profession, as it was apparent from her research that medical professionals did not have much experience treating or recognising the virus because of its rarity.

Over the last five years, Chezelle has worked with the NHS, providing guidance workshops and resources to hospitals. She has also campaigned for awareness posters and leaflets to be distributed in UK hospitals in addition to helping write the content of a page specifically for the NHS choices website.

Neonatal herpes is a herpes infection in a newborn baby. It affects one or two babies in every 100,000 live births in the UK.

It is caused by the herpes simplex virus, a highly contagious virus that can cause cold sores and genital ulcers in adults.

While most adults carry the cold sore virus without any health risks, it can cause a potentially fatal illness in babies, particularly in the first few weeks of life when their immune systems are so fragile.

The NHS recommends anyone with a cold sore, or symptoms of an impending herpes outbreak, to avoid kissing or having any contact with a baby until the infection has passed.

This project was supported by NHS England.

To find other resources on the topic of health, and watch Fixers films, click on the image below.