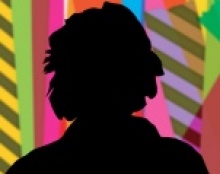 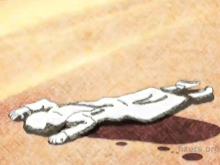 An illustration from Kate's film 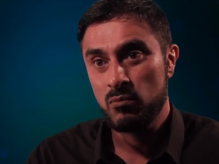 A history undergraduate wants to raise awareness about ‘Jihadi Brides’ after being taught how young women can be coerced into an extremist lifestyle.

*Kate*, 25, was inspired to work with Fixers after watching a film about three young girls from London who travelled to Syria to join the so-called Islamic State.

The straight A students were vilified in the media for their extremist actions, with some calling for them to be banned from re-entering the country. However, the Metropolitan Police were quick to state the girls, legally still children, would be treated as victims should they return.

‘One of the girls who featured in the documentary had no interest whatsoever in religion, her mum had to force her to attend prayers, and then three weeks later she was off to Syria,’ said Kate.

‘It is important to raise awareness and break the stigma that is associated with girls that have gone to Syria under false pretences.

‘A lot of girls want to come home but they can’t.’

With the help of Fixers, Kate has made a film which gives an insight into how young women are persuaded to leave their families and what they should do if they find themselves in a vulnerable position.

In it, Amjid Khazir, director of Media Cultured CIC, answers a series of questions about Jihadi Brides. He discusses how vulnerable women are groomed online by extremists offering a utopia.

‘These young women show a vulnerability to an extremist interpretation of Islam,’ he explained. ‘These vulnerabilities to that view have been preyed upon by the groomers.’

Amjid goes on to explain what happens to the young girls once they reach Syria and other parts of the world. ‘They think life is going to be idyllic; but they are greeted with a barbaric death cult,’ he said.

‘They find themselves in the middle of a war zone run by gangsters and war lords.’

Hear from others affected by similar issues. Click to read their stories.

Kate hopes the film will make people think twice before reaching conclusions about the young women who join ISIS.

‘It can happen anywhere - in school, a chatroom or your bedroom. Everyone must be vigilant,’ she said.

Amjid added: ‘If somebody is speaking to you online and they are trying to make you feel a particular way about your belonging in this country or that you have a duty to go abroad – don’t buy into that message.