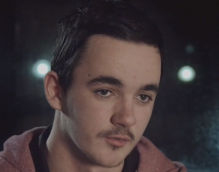 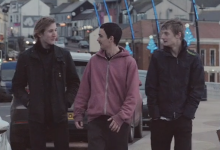 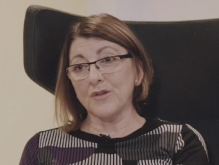 Marie Wright says there is a culture of drinking to excess

A group of teenagers from Portstewart in County Antrim want to warn other young people about the dangers of alcohol misuse.

Dylan McCroarty, 18, said; ‘We’re trying to educate people not to make bad decisions to begin with.’

The group have witnessed people as young as 11 and 12 years old being taken to hospital by ambulance as a result of being intoxicated by alcohol.

‘It’s mainly around holidays or weekends when we see young people getting carried off in ambulances or getting arrested because they’ve had too much to drink,’ said Dylan.

The boy’s story was broadcast on UTV Live.

The group worked with Fixers to produce a hard hitting film showing four boys drinking on a beach during a summer’s day.

‘We produced a video to show the impact of it instead of just showing numbers and statistics as video is more impactful we feel, towards younger people.

‘It was a group of lads coming together to have a drink, a bit of lad banter, it just becomes more and more serious throughout the day. One character in particular is seen heavily drinking throughout and it continues and he spirals out of control.’

Cathal Markey, 22, from Newry in County Down used to drink to excess when he was younger.

‘I started drinking when I was about 12, 13,’ he said. ‘If it’s not rows between each other, it would have been rows with other people; bystanders, passers-by.  Being drunk and being stupid and just taking stuff that wasn’t yours and just bad company, bad drink, bad time.’

He felt the film would have impacted him had he watched it during the time he was binge drinking.

‘I think it would have made me think about the consequences and the reality of it because young people would look at that and think, oh this is definitely going to happen to me if I drink excessively,’ he said.

Dylan added; ‘We’re highlighting issues and we just want to educate people I suppose and to show young people that this isn’t the way that this has to be, there is better ways of doing things.’