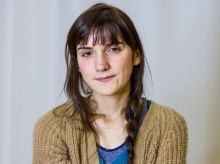 Naomi Rodgers is highlighting how hard it can be for people to open up about their mental health issues. 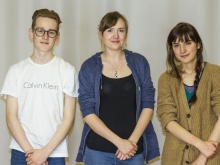 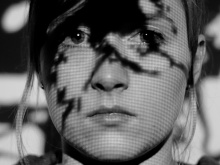 A scene from Naomi's film

A young woman from the Scottish Highlands is highlighting how hard it can be for people to open up about their mental health issues.

Naomi Rodgers, 21, says she knows from her own personal experience just how difficult it can be, especially when talking to professionals.

So she has made a film with Fixers about the barriers that can prevent people from discussing how they are feeling on the inside.

'I have struggled with my mental health in the past and have found it difficult to engage in treatment,' says Naomi, from Tain.

'Part of me has always wanted to change but I really find it hard to put things into words and open up.'

Naomi’s issues have cast a shadow over her life growing up as she has always steered cleared of social situations, and ended up isolating herself as a result.

'I am beginning to challenge myself in terms of opening up more,' says the Psychology undergraduate.  'It has taken me a long time to get to that point.

'It can be complicated by the fact that when you feel low, it is often harder to explain and understand what you feel or want to discuss.

'When I speak to professionals, I worry that I can’t explain what I want to say and so I get anxious and don't speak.   Then that makes me feel like I’m wasting people’s time.'

For Naomi, leading a Fixer’s project and placing herself in the spotlight has been very hard.

'I am still very anxious about putting myself out there, but I do think the experience of working with Fixers has helped me to articulate what many others like me will have experienced too,' she says.

'There are lots of campaigns out there raising awareness about the stigma surrounding talking about mental health, but nobody really targets the difficulties behind this.

'I want to highlight the fact that when people seek help but then don’t appear to engage with the process, it’s not that they don’t want to change or the help.  They could be putting their guard up because of their social anxiety.'

Naomi is now hoping that her film will be shown in as many schools and colleges as possible to help other young people experiencing similar struggles.

'I hope my Fixers film will be useful to many and that a lot of people will relate to it,' she says.