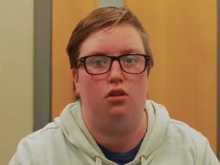 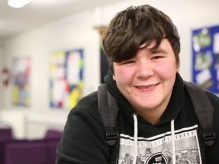 The group want to challenge the negative perceptions of young people 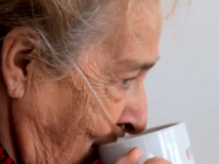 Working together to unite the future

A group of young people are challenging the way they say they are often viewed by the older generation in their community.

Lisa Cook, 20, is one of a group of young people from Rhondda in Wales, who wants to show adults that not all teenagers are troublemakers.

They have teamed up with Fixers to make a film highlighting the positive work they do locally.

‘Some older people look down on us and judge us before they know us,’ said Lisa, who lives in Ferndale.

‘We want them to understand us more and know us for who we are and not who they think we are.’

The group believe that a number of older members of their community have preconcieved ideas about teenagers.

‘It makes us feel like we can’t be trusted and people don’t like us for who we are – we get into trouble for just being us,’ explained Lisa.

‘We get moved on from local parks and we are not allowed to walk around in groups bigger than five. We think it’s unfair because we are not doing anything wrong.

‘We feel that if this was adults in groups then they would not be asked to move on.’

Lisa and her friends take part in volunteer projects which include litter picking, planting and tidying up the community.

‘Although some young people are bad and make trouble, we are not all the same,’ said Lisa.

Lisa and her team plan to show their Fixers film to older members of their community.

‘We hope that our film will get the message across and break down the stigma we are facing.’