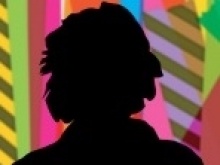 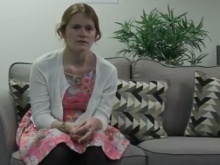 An excerpt from Jane's film 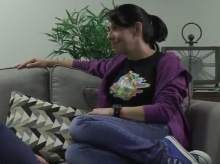 A former victim of Child Sexual Exploitation (CSE) and abuse is determined to make professionals understand that vulnerable youngsters must be treated with respect.

‘Jane’*, 20, from Cambridgeshire, says she often felt like she wasn’t believed or listened to when she finally opened up about her traumatic experiences to adults in roles such as social workers, police officers and family support workers.

So she has made a film with Fixers to get her message across in a bid to help other young people to avoid similar negative experiences.

‘I was often left feeling uncomfortable at a time when things had been so hard anyway,’ says Jane.  ‘I want to make sure other young people get the support that I didn’t always get when I needed it most.’

It is inspired by Jane’s encounters with professionals after she disclosed her experiences, and those of another Fixer called ‘Stephanie’*, who was also a victim of CSE and abuse.

The film urges professionals to really think about what they say and how they act when working with victims of CSE and abuse.

‘We want to get professionals who work around CSE to be more understanding and to believe young people’s stories rather than jumping to conclusions,’ explains Jane.

‘We want to change their way of working because we have experienced CSE and had various professionals not believe what we were saying or listening to us, which could have led to dangerous or risky situations escalating.’

Jane says she was 15 when she experienced CSE and abuse, and she subsequently reported what had happened to her to the authorities.

‘At such an emotional time, you really need support and a safe space to talk to a stranger who you can trust.  You want to feel like you can tell them anything and everything,’ she says.

‘But if you open up to one professional and feel like they don’t believe you, it can make things even worse and causes unnecessary stress.  It can lead a vulnerable young person to think, if they don’t believe me, why would anyone else?

‘You are just a kid and don’t realise that you can get help elsewhere.  You think if I’ve tried once I won’t try again because it won’t work again. The danger they face could increase as a result.

‘I want relevant professionals to understand that every first contact they have working with young people is important and should be given 100 per cent.’

This project was supported by NWG.

*The Fixers involved in this project are remaining anonymous.