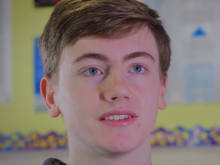 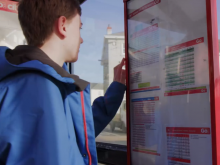 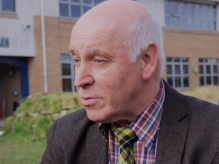 Luke spoke to Geoff Brown from Cornwall Council about the issue

'Living in Cornwall, transport is one of the biggest issues young people face.

'It has a knock-on effect on everything else we do - socialising, getting out of the villages and towns at night, and meeting up with friends.

'Living as young people really should be about having fun.'

Luke Moynan says he and his friends feel stranded by poor bus services, especially those in Cornwall’s rural villages.

So the 17-year-old is campaigning with Fixers for a better bus service to serve young people in the area.

He told his story on ITV News West Country.

'It’s very limiting. I live in a village outside Liskeard. It’s not somewhere you can walk to safely on the roads.

'So it’s all reliant on transport but on an evening or at the weekend, unless I go with someone who’s given me a lift, I can’t really leave the village.'

With the help of Fixers, Luke, from St Cleer, has been gathering opinions and ideas from other young people in the area.

One thing they all agreed on was there simply are not enough buses.

He put this to Geoff Brown, the man in charge of public transport at Cornwall Council.

Geoff couldn’t promise a big increase in the number of buses but he had some potentially good news.

'What we are trying to do in Cornwall is a completely integrated transport system linking the trains and the buses,' he said. 'And one of the key drivers of that will be the equivalent of a London oyster card… so you can get on the train at Penzance, get to Truro, jump on a bus, all on one ticket.'

Luke’s determined to make keep pressure on the council and bus companies.