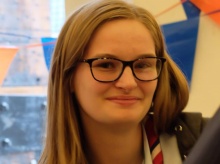 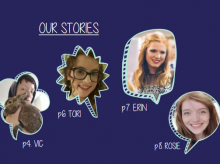 The booklet features Kate's story and those of her friends 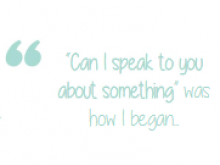 A young woman from Gravesend has created a booklet encouraging people to talk about their mental health with someone they feel comfortable with.

21-year-old Kate Dickins has teamed up with Fixers to create the resource, which features her own story and those of her friends.

In it, they describe the conversations that helped them to cope with mental health issues they have faced.

Kate first began struggling with an eating disorder when she was 12.

‘I would restrict food and also purge as well. I didn’t realise it was a problem for a few years, and when I did realise I didn’t want to tell anyone about it,’ she says.

‘There were issues going on at home and I think it became a way to stay in control. Also when you’re feeling hungry all the time you don’t think about other things, so it was a distraction in many ways.

‘When I was 14, my Head of Year at school called me into her office and asked why I never smiled, so people clearly saw something was wrong. I didn’t go out with friends or reply to invitations. I’d just make my excuses and cut myself off.’

Kate, who now studies English and Chemistry at Keele University, said the turning point came when she was around 16. 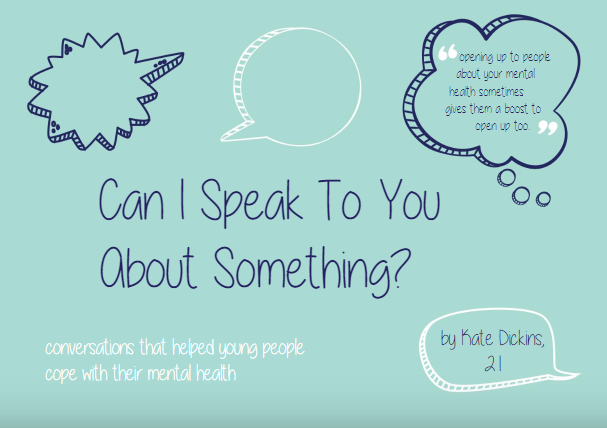 ‘I didn’t do very well in my AS level exams and it knocked me. I realised I needed to speak out about it,’ she says.

‘The fear of people finding out and taking the control away from me didn’t feel as great as me failing all my exams and everyone finding out that way.’

Kate confided in a teacher she trusted.

‘She was my form tutor so I knew her relatively well. She was always really supportive of everyone and always had time for people,’ she explains.

‘As soon as she verbalised the problem I was able to relax a little. Finally this secret that had been hiding inside me for years was free.

‘Nothing physically changed during that conversation, my problems were still there, but at least I didn’t have to face them alone.

‘I had someone I could talk to if I ever needed help, someone who was willing to fight my battles with me and someone who understood, to some degree, what I was going through.

‘My only regret walking away from the conversation was that I hadn’t done it sooner.’

Kate will be launching her project at the Swale Youth Conference this month.

‘I’d like to share my booklet with the Girl Guides and other young people within Guiding. Keeping involved with that has really helped me.’

She adds: ‘I found that talking to someone I felt comfortable with made all the difference.

‘It’s great to have an open line of communication.’

This project was supported by Colyer-Fergusson.