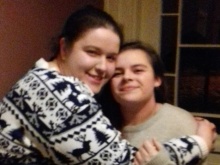 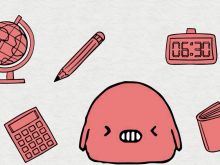 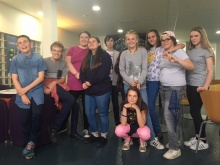 The group involved in the Fixers project

Tired of the negative stereotypes associated with being a young carer, a woman from Milton Keynes is showing how looking after a loved one can be a positive experience.

Eighteen-year-old Heidi Grogan cares for her dad who has bi-polar disorder and now she wants to show others that having responsibilities at home can have a number of up sides.

‘Sometimes it can affect school because if he’s not in a good mood then I worry a lot and can get easily distracted, so there are challenges.

‘But I think the life of a young carer often gets a negative light. There can be many positives to it also.

‘It’s taught me to understand other people’s emotions when they don’t really understand them themselves, and we do have to grow up more quickly than others.

‘It can also make families stronger because you’re all going through it so you spend more time together.’

Heidi, who is also a member of Young Carers Milton Keynes, has made an animated film with Fixers highlighting what life can be like for a young carer.

She and her team wanted to show some of the positives this role can bring, which is something they feel isn’t talked about enough.

They plan to use the film to talk with pupils and teachers in schools.

‘I really like the film and the way it’s been done,’ she says.

‘We wanted to show that, yes, being a young carer can be difficult at times, but it isn’t the worst thing in the world.

‘I’m always asked about the negatives, but we wanted this film to show everyone that it’s actually pretty good.’