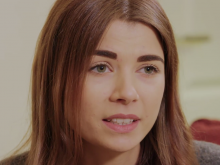 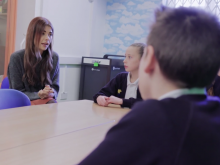 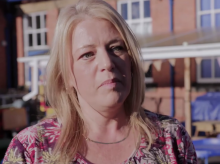 ‘It started when I was about eight years old. That’s my first memory of feeling not good enough and really unworthy of love and affection.’

After battling a mental health issue for years, 24-year-old Nicole Williams from Wrexham is now encouraging other young people to speak out and not bottle up their emotions.

Her story was broadcast on ITV News Wales on December 7th.

‘As I got older, it spiralled into being completely out of control in my mind and it developed into a very serious eating disorder, which I battled with for almost ten years,’ says Nicole.

‘If I was aware of mental health from a young age, I think I would have been able to realise that my thoughts and feelings weren’t the same as everybody else and that I did need that extra support to speak about it with somebody else.’

Now mentally and physically much healthier, Nicole is passionate about teaching primary school children about mental health and wellbeing.

In the film she visits a school to speak with several pupils about the importance of talking about their state of mind.

Also featured in the broadcast is Julie Walker from Victoria CP School.

She says: ‘I think it’s absolutely vital that from a really young age, before they come to school and definitely in school, that they are used to talking about their feelings and not shy away from that.

'We can help them progress through school knowing that’s okay.’

With Fixers, Nicole has produced a film called 'Mental Health' to create more awreness about her campaign.

Nicole adds: ‘I had no idea about mental health. I don’t remember it ever being talked about.

'I look back and I think if it was spoken about, I would have had that basic understanding and I would have been able to think no, this isn’t right.

'Maybe I would have felt able to talk to somebody about what was going on.

'I think that could have changed my life.’