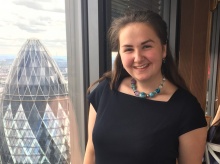 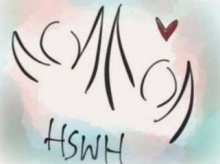 The team's leaflet is called 'Health Starts With Help' 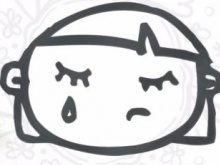 An image from the leaflet

An 18-year-old head girl from Tisbury in Wiltshire has helped to create a vital resource for young people suffering from mental health problems.

Kirstie Stage, who is at college in Shaftesbury, is spearheading a campaign to destigmatise the subject.

With the support of Fixers, she has led a team who have produced a leaflet to educate other teens about mental health issues, and where they can find help if they are struggling.

An elected Member of Youth Parliament, Kirstie isn’t new to campaigning. She has spoken out about body image issues previously, and set up a National Council of Young Women group.

But her Fixers campaign was formed in a very different environment – the hustle and bustle of a busy college classroom.

You can view their leaflet, 'Health Starts With Help', below:

‘I was chatting to friends and lots of people were saying “I’m really passionate about mental health”,’ Kirstie recalls.

‘I’d previously been upset by the number of people who’d admitted to me they had mental health-related issues, or said they were really struggling and didn’t know where to go for support.

‘In politics there’s often a lot of words and no action. But we had about 70 young people all together and I said: “Well, let’s stop complaining about what’s wrong, let’s try to create a positive slant and see how we can help other people”.’

Although Kirstie hasn’t suffered any mental health problems herself, she’s seen first-hand how damaging they can be.

‘I have family and friends who’ve been significantly affected – with some it’s ruined their lives,’ she says.

‘Mental health is a difficult issue and I wanted to do it justice. So I felt the best way to do that was to get people who’d experienced it to share their stories and insights which we have included in our leaflet.

‘Their stories were definitely eye-opening.  I was completely shocked that I didn’t have a clue about some of the challenges people I knew faced on a daily basis.

'One girl shared that she’d had an eating disorder and was nearly institutionalised. Thankfully she’s come out the other side, a million times stronger, but I was stunned.’

While researching conditions, Kirstie also realised how little she knew about many of them.

‘There’s not enough teaching of mental health care in schools,’ she says. ‘And there should be more resources available in the NHS to deal with the soaring demand.’

In addition to personal stories, the leaflet contains important information on where to get help.

Now the team plan to distribute their leaflet to schools, colleges and youth organisations, national employers – and online.

‘If you’re suffering and you feel unmotivated, it’s very difficult to to go searching for support,' explains Kirstie.

‘We wanted to make it really easy for people, to provide the resources so you don’t have to do the research.’