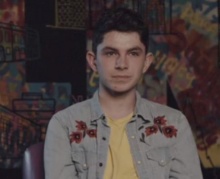 Manus says constantly checking your phone can be very isolating 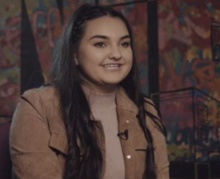 Mena is warning of the downsides of social media 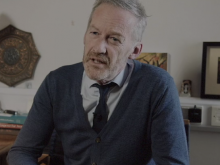 ‘We know of people who’ve been bullied on social media. It’s not like real life where you can just walk away, your phone is always with you.’

Manus Corr, 19, is leading a group of teenagers from north Belfast who want to educate other young people about the negative aspects of social media.

Working with Fixers, they have created a film to warn of the pitfalls and to advise what to do if social media starts to negatively impact their lives.

‘The message for young people is if you’re going through social media and see things you don’t like and feel depressed or isolated, turn it off,' says Manus.

'You don’t need to let social media control your life.

'Constantly checking your phone and losing track of time on your phone can be very isolating.'.

Another member of his team, Mena Singh, 17, adds: ‘We want young people to know that there is a downside to social media. It’s not just connecting with friends.

‘When you see pictures of celebs being Photoshopped, it’s really hard on girls especially, because that’s how they want to be.

'When you go on Facebook and all these people have filters, it knocks your confidence.'

They spoke about their campaign on UTV Live on December 7th.

In their Fixers film, the teenagers explain that real life isn’t the same as online life.

Manus adds: ‘Our plan is to take the film into schools and youth clubs because that’s the target audience we’d like to meet.'

Dr Richard Wilson, a consultant psychiatrist from the Royal College of Psychiatrists in Northern Ireland, is supporting the campaign.

‘I think over time it can erode self-esteem and make people feel unhappy and very isolated.

'The worry is if they’re spending a lot of time exposed to material of such a nature it can actually worsen their own problems, possibly lead to emotional problems, sleep problems, even to depression in some cases.’