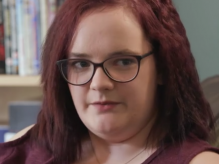 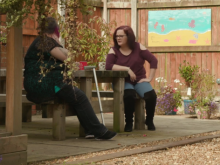 Thirza has cared for her mum since she was six 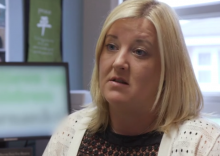 'I do quite a lot for mum. I get her out of bed, lift her physically, turn her round, get her slippers on, help her walk through to the front room and sit down, make her a brew, cook her breakfast, dinner and tea. I clean the house and I have to bathe her if she’s really struggling.'

19-year-old Thirza Walton, from Preston, has been caring for her mother since she was six.

Over the years, Thirza says she found that many teachers simply didn’t understand how challenging her life can be.

'They didn’t believe I was actually a carer and what I was doing at home,' she says.

'They just thought, "she’s making it up because she didn’t want to do her homework". They’d be like "you’re lying" and they’d say that in front of the rest of the class as well, so the class didn’t believe me either.'

Working with Fixers, Thirza has created a short film which contrasts the life of a young carer with that of a normal teenager.

You can watch it below.

She also shared her story on ITV Granada Reports on December 7th.

Thirza's story resonates with Jenny Ashcroft, from the children's charity Barnardo's, which estimates that there are around 195,000 young carers in the country.

She says: 'It’s very important for people to understand the role a young carer takes on within their family so that we are able to support them to fulfil their own dreams for the future and also so they are able to have a life outside their caring role.'

Thirza is now hoping to show her film to as many teachers as possible.

'I would be happy if only one person picks up on something,' says Thirza.

'If one teacher sees my film and realises they have got someone like that in their class and they talk to that person, that would make me really happy.'