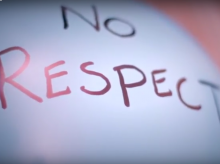 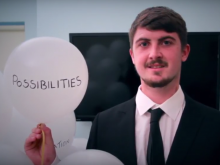 Actor featuring in the film

Tired of being disrespected, a young man who has been living in supported accommodation for over a year, is hoping to change negative perceptions of homeless people.

Leon Robinson, 21 from Anglesey, Wales, is concerned that others like him are often ridiculed and not given a fair chance especially by employers.

He’s teamed up with Fixers to create a short film aiming to challenge these stereotypes and show that he is just as capable as anyone else.

‘I left home about two years ago. It was hard at first leaving the place you’ve grown up in, but I needed to do it,' says Leon.

‘In the beginning, I sofa surfed at a friend’s house until September last year when I was put in a youth homeless hostel.

‘It can be quite challenging at times, but one thing that really upsets me is how people on the outside treat you.

‘They think that we’re useless and that being homeless is our own fault, but it’s not true.’

Currently unemployed, Leon explains why he thinks getting a job can be so difficult for those in his position.

‘I don’t think enough employers give us a chance. They take one look at us or see that we’re living in supporting housing and immediately write us off,’ he adds.

‘I remember going for a restaurant job a while ago and got turned down because I looked scruffy.’

The film shows how others with similar experiences to Leon need to stop being labelled unreliable or untrustworthy.

He says: ‘We want as many people as possible to see it.

‘Hopefully our campaign will make a difference and encourage others to start seeing us as equals.

‘It doesn’t matter where you come from, everyone deserves a chance. Believe in us.’

This project was supported by Balcombe Trust.