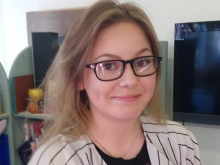 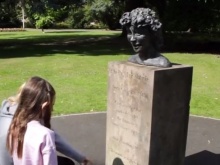 The team researched Sheila McKechnie, who has a memorial in Dollar Park 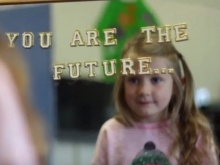 A group of teenagers from Falkirk want to encourage young women from the area to have faith in themselves and achieve their goals.

Emma-Louise Petrie and her team, who all attend the Sub Youth Club, have created a film to celebrate the achievements of women from Falkirk.

16-year-old Emma-Louise explains: ‘We created a film that talks about inspirational women in the past, present and future. It’s short and sweet and gets the message across.

‘It’s about raising awareness of inspirational young women from Falkirk and inspiring young women of the future.’

They start by talking about Scottish trade unionist Sheila McKechnie, who was born in Falkirk in 1948.

‘She was an activist and campaigner for women’s rights, worker’s rights, the homeless and consumer empowerment,' explains Amyrose Lumsden, who appears in and narrates the Fixers film.

‘She’s such an inspiration to us because she made a real difference to people’s lives.’

They also talk about Kirsty McCarroll, who travels the world raising money for good causes.

‘It takes a lot for someone who wants to help other people to follow it through and raise so much money out of their own goodwill, in the hope of making a difference.’

Fellow Fixer Jade Forsyth, who was diagnosed with psychotic depression and created a film with Fixers to show how her mental illness can make her feel like she’s trapped in a bubble, also features in the film and is called an ‘inspiration’.

Emma-Louise adds: ‘We’d like to share the film amongst friends and family on Facebook and social media. The research we did has also been part of an exhibition at the Glasgow Women’s Library.’

The film was launched at an event at the Sub Youth Club.

One audience member said: ‘The film was well produced. The group did well in their research and included good information encouraging women to be an inspiration.

‘A lot of thought was put in to gather the information on inspirational women in the Falkirk area, which up until now I knew nothing about.

‘Hopefully the girls take a lot out of their findings and carry on with more projects.’