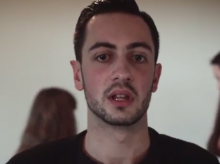 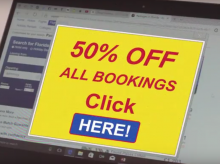 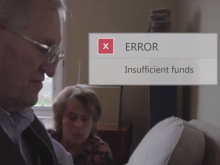 A scene from Sefton's film

A young man, who has landed a government agency job in cyber security, is hoping to protect vulnerable people against online scammers with a powerful film.

Sefton Dosi, 22, from Brighton, is concerned that few people are aware of the dangers, particularly when sharing sensitive information over the Internet.

Soon to start a cyber security apprenticeship at the Medicines and Healthcare Products Regulatory Agency (MHRA), Sefton has teamed up with Fixers to promote online vigilance.

‘These days people are doing more and more things online and don’t necessarily know about the risks,' he says.

‘Whether it’s banking online or doing anything else, a few simple steps such as creating a strong password can keep you safe.’

He adds: 'When security software and virus protection is out-of-date and passwords are weak or easily guessed, you are opening yourself up to attack.'

Sefton is a member of Sussex Youth Commission, a project set up by the Sussex Police and Crime Commissioner (PCC) in January 2014, which gives young people across the county the opportunity to have a voice on policing and crime.

The group identified five key priority topics to explore, and after over 2,000 conversations with young people in Sussex, they prepared a report which was presented to the PCC.

Sticking with the online theme of the latter subject, Sefton's Fixers film focuses on cybersecurity.

‘It’s a big issue,’ he says. ‘We found that a number of people had problems either online or over the phone. Some reported getting calls from people pretending to be from their bank.

‘Everyone will hopefully find the film useful, but it’s more aimed at older people, who might be new to technology and not always know the risks.

‘We’re in talks with our local council, and hope to show it at neighbourhood watch meetings and freshers events to name a few.’

Sefton hopes he can provide a valuable service in his new job which is based in London.

He says: ‘I want to protect people against these harmful individuals.

‘I’ve got grandparents myself so I wouldn’t want anything like this happening to them.

‘It’s comforting to know that I will be helping many people to stay safe against these attacks.’