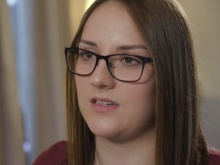 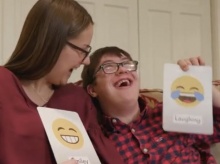 Jemima says she has learnt a lot from her brother Will 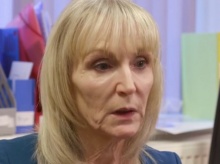 'My main message is that people with disabilities may need a bit of extra support. But as soon as you give them the key to success, they can go and do anything that they want to do.'

Jemima Browning, from Stutton in North Yorkshire, says that over the years she’s learnt a lot from her brother Will, 15, who has Downs Syndrome.

'I think the main thing is resilience,' she says.

'Sometimes, somebody might not think he can do something but he doesn’t let that affect him. He just says "right – I am going to prove you wrong".'

She told her story on ITV News Calendar on November 9th.

Jemima says that when Will was at primary school he was treated exactly the same as all the other children.

But as he grew up, it became noticeable that there were fewer and fewer chances for him to excel on his own terms.

'I think that was really damaging for him,' she says.

'He started not to believe in himself and that was very hard to watch.'

She explains: 'It’s important for Will to mix with the mainstream world, but that can still be quite an isolating experience if he’s the only person with a disability among lots of people without disabilities.

'So it’s really important for groups like Stingrays to provide them with that little comfort barrier – so they can feel like, "I am the same as anyone else here and we are all going through the same things".'

Jackie Snape from Disability Action Yorkshire told Jemima that two out of three families with a disabled child say they feel excluded from their communities.

She says: 'We all want to feel part of something and disabled children are no different. Whether that's sport, play or just being part of a group, it’s vitally important to their health and well-being.'

Jemima adds: 'I’d like there to be more activity groups for disabled young people – so they can excel on their own terms.'