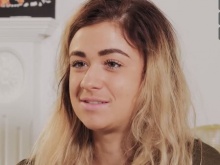 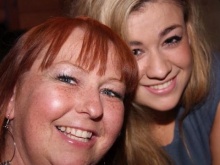 Emma developed an eating disorder after her mum passed away 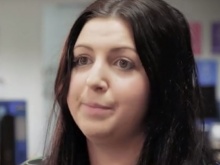 'It makes me angry that things could have been so different for me and I could have actually enjoyed my life at uni and my time over these past few years, and actually got to a point where I was happy.

'Instead I have missed out on so much because I have had to get to a point where I was so ill that I ended up collapsing, to get the help in the first place.'

The 22-year-old, from Stockton on Tees, is working with Fixers to get her message across and has created a film during which she talks about her experiences.

She told her story on ITV News Tyne Tees on Thursday, November 9th between 6.00pm and 6.30pm.

She says: 'In October 2011 my mum was diagnosed with cancer. It was a year after that she passed away.

'When my mum passed away I thought 'why has she gone, why isn’t it anyone else, why do I deserve to be here?'

'The eating disorder came in when I thought 'I might not be able to control anything else in my life but I can control my weight.'

'I think because I was the one that went to the doctors I came across as a bit of a joke. I think they thought 'this girl is probably just going through a phase'.

'I wasn’t just taken seriously so I wasn’t helped.'

'Early intervention is key. The sooner somebody gets into treatment the sooner they can recover.'

Emma's film has now been shown to medical students at Newcastle University. She says: 'My film has had a very good response from the people that have seen it which has been nice.

'For me actually doing this in the first place was hard because I'm opening myself up a lot and sharing my story with people that I don’t know, but if my message can make a difference to other people dealing with an illness I wouldn’t wish upon my worst enemy, then that is enough for me to be open about things.'