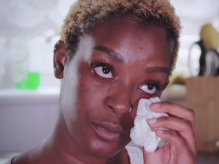 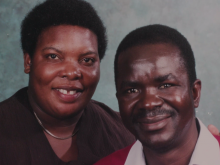 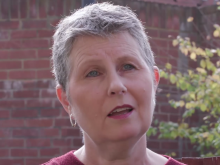 'I do feel that we have to break down the taboos that are around death.  I don't think it’s fair to allow a child going through bereavement to feel they should bottle up their emotions rather than speaking out.'

Proscovia Kongai lives in Woolwich with her father, younger sister and brother.

Her mother died when she was 14, a tragedy that has naturally had a huge impact on her and her family, but that she feels could have been dealt with better at the time.

Her story will be broadcast on ITV News London on November 9th.

At school she felt there was little understanding of the significance of what had happened and that no one understood the grieving process she was going through.

'I had about two counselling sessions and that was it,' says the 22-year-old.

Through her Fixers project, Proscovia has been able to discuss her experience of losing a parent at a young age with others who share her experience.

She says: 'I think that common ground support is very helpful in the grieving process. They know exactly what you've been through.'

She says: 'There is often a reluctance to say the words 'death' and 'died'. People are scared to mention death as if it will go away if they don’t talk about it, they’re frightened of making it worse.'

Dr Koehler explains that even saying: 'I’m really sorry, I don’t know what to say' is much better than just avoiding the issue altogether.

Prosocivia adds: ' I hope that through my project people can feel more open to lend a helping hand or just  be there to listen.  I want them to feel  more comfortable and more open about speaking about death.'