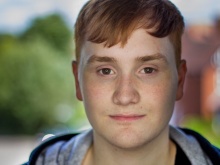 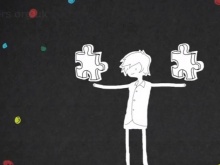 "my brain is just wired a little differently"

For most people, having a simple chat is effortless and enjoyable – but not for everyone. For Andrew Hughes, who is 24 and from Carlisle, it’s not easy at all.

That’s because Andrew suffers from autism spectrum disorder (ASD), which describes a range of conditions that all cause problems with social interaction and communication.

‘I was diagnosed with autism in March 2015,’ says Andrew. ‘My doctor put me forward for assessment after I went through a bad patch. I was worrying and upset nearly every single minute.’

Unlike many sufferers, who are diagnosed during childhood, Andrew was already in his twenties when the assessment proved that he did suffer from ASD.

‘When I was diagnosed with autism, It came as a bit of a shock but everything started to make sense at the same time. I was sort of relieved - I knew that there was something wrong with me but I didn't know what it was.’

Autism affects each person differently and to differing degrees. Some are unable to speak and have learning difficulties. Others live normal lives – but with challenges to overcome.

‘Because of my ASD I find a lot of things difficult,’ Andrew explains. ‘Doing anything new, speaking on the telephone, or holding conversations with people - even the people I know.’

Despite all of this, though, Andrew decided to take on a challenge, creating a short film about autism with the help of Fixers. It’s not the first time he’s made a broadcast about his condition. After his diagnosis, Andrew informed his friends and family by sharing a video of himself on Facebook.

‘It made sense to just tell everyone all at once,’ he says. ‘I got a lot of positive responses. People saying I had guts to tell everyone, and that they were all behind me.’

‘There are a lot of stereotypes of autism and it’s not always as severe as you see on TV,’ he explains in the film. ‘Everyone is different… For me it’s a communication difficulty. I don’t have a learning difficulty.  My brain is just wired a little differently.’

As a result, Andrew sadly suffered from bullying when he first started secondary school.

‘Younger people don't understand, when I was at school people bullied me, and made nasty comments. Adults are more understanding,’ Andrew explains.  ‘My Fixers project is aimed at people aged eight to 18, I hope it helps them to understand autism, so they are less likely to bully other people who have autism.’

The film also highlights that autism can bring positives as well as negatives.

‘I have a brilliant memory for memorising facts and statistics,’ says Andrew, who is also in a happy relationship with 21-year-old student Becky.  ‘I have good hopes for the future. I hope to be happy with my life, and maybe find a job in mathematics.

‘I’m very happy with my video, I think it gets the message across. The best thing you can do is be aware and be supportive. We are all different, we’re not the same - and that’s OK.’

Andrew's project was supported by the Wellcome Trust.