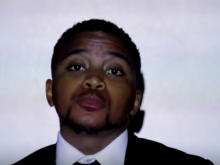 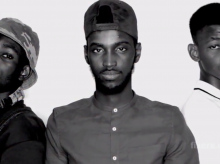 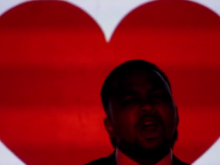 Karabo rapping on the music video

A young rapper from Bristol, who has experienced racism in his community, is hoping his powerful music video will turn the tables on negative urban stereotypes.

Originally from South Africa, Karabo Moruakgomo says he was discriminated against for his skin colour after arriving in the UK in 2012.

The 22-year-old, who feels people from urban communities are often demonised, hopes his music can encourage individuals to be more accepting of others and not negatively judge people based on their culture, class or religion.

‘There have been some alarming moments when I’ve been walking down the road,’ he says.

‘Where I’m from in South Africa, we didn’t really get any of these problems so it opened my eyes when I came here and was stereotyped for being black.

‘I’m passionate about this topic because these are the kind of things that concern me.

‘Our future generations are going to be affected by this and if we don’t change up then I’m afraid that it will always be this way.’

Watch the video at the top of this page.

Karabo started writing music in 2012 and feels that rapping about this issue is the best way to get his message across.

His lyrics address subjects such as drugs and crime, which he believes urban communities are often unfairly associated with.

He hopes his campaign will encourage people not to judge everyone in the same way.

‘It’s a passion of mine and I feel like I can really connect with people,’ he says.

‘The reason I did the video was so that everyone can see rather than just hear what I’m saying.

‘Hopefully it will just show them a clear picture of what’s happening out there.

‘Let’s stop judging people and be one society. You don’t know what someone might have gone through or is still going through.

‘We should be pulling each other up not down.’

This project was supported by The Blagrave Trust.