It's not all about poo! 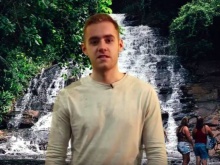 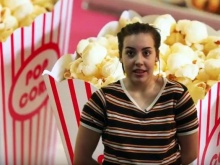 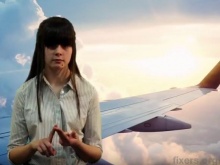 Symptoms can strike any time, any where

A 16 year old girl from Manchester who suffers from Irritable Bowel Syndrome (IBS) is calling on society to be more accepting and understanding of the condition.

Kelly* feels the stigma of her medical condition so strongly that she has chosen to remain anonymous, for fear of being mocked. But she’s urging the public to be kinder to sufferers - so that one day, perhaps, she can dare to speak openly about her suffering.

‘If the world was a nicer place, then I would be out and talking openly about my condition,’ she says. ‘But I find it embarrassing to tell people, and worry about public reaction due to the stigma. It’s still taboo to talk about using the toilet, people find it uncomfortable to discuss.’

IBS is a long-term - and often lifelong - condition of the digestive system which causes bouts of diarrhoea and constipation, painful stomach cramps, sweats and bloating. These can last from several days to several months.

Certain foods can trigger these distressing symptoms – while stress is another common trigger.

‘I was 13 when I developed IBS,’ Kelly says. ‘Suddenly I couldn’t get off the toilet, and my stomach would really hurt. I’d be unable to go to school, or I’d go then be sent home.

‘In theory, staying home from school is great, but not when you’re on the toilet and in agony all day. It really affected my life. I couldn’t do normal teenage things and hang out with my friends. And I was too embarrassed to tell my teachers or friends why.’

It’s no wonder IBS also has huge emotional and social effects on sufferers.

‘This condition is embarrassing, you can feel depressed, isolated and stressed – and that cycle of stress only makes it worse,’ says Kelly.

‘It’s very disruptive because you always have to plan your day and your activities around being near a toilet, so you might not be able to hang out with your friends or do certain things.’

As IBS is a hidden condition, this can also cause problems when out in public.

‘Once I was in the toilet on a train when the guard thought I was trying to avoid the fare,’ Kelly recalls. ‘He didn’t believe me and it was so embarrassing. I had to explain in front of the whole carriage.’

Kelly hopes that her film will help educate to tackle some difficult misconceptions.

‘A lot of people think you just spend all your time pooing. So they think it’s funny, they see it as a joke,’ she says. ‘They don’t see that it can also cause a lot of physical pain. It’s a life-changing, debilitating and serious medical condition.’

‘IBS needs a voice. We need to talk about it, so that those who don’t know about it get a better understanding – and sufferers know that it’s ok to talk about their condition without fear of stigma.’

‘Everyone else needs to see IBS as a serious condition, and not just as a joke. It’s something that people really suffer with – and it’s debilitating.’

*Kelly is not her real name.