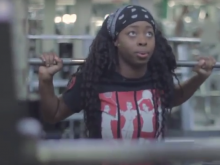 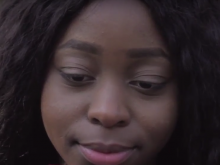 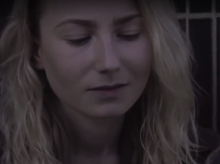 After growing up in care, Tolu Abisogun was always told she’d never amount to anything.

Not taking no for an answer, the tenacious teenager from Leytonstone in East London is now using her experiences as motivation to make a success of her life and inspire others to do the same.

Along with her team, the 18-year-old has made a powerful film with Fixers, which encourages youngsters  to understand that no matter where you’re from or what you’ve been through, you can still become something.

‘It wasn’t easy. I was moving from home to home, but it became normal for me,’ she says.

‘People used to tell me that, because I was in care, I would only do so well in life, and I used to just go along with what they would say.’

Tolu came out of the care system to live on her own a few months ago.

She says that getting a private school scholarship to do her A Levels really changed her perspective and ambitions in life, and now plans to study computer science at university.

‘I’d see everyone else there and they were very different to me so it was hard to fit in at first,' she says.

'But after a while, I saw that the students were being taught without limits and were encouraged to do whatever they want in life. This really inspired me.

‘It made me feel like I could achieve anything and not become another statistic.’

Tolu's film follows a group of young people who, despite life’s struggles, continue to strive for success.

She wants to share it with young people to get her message across.

She adds: ‘I wanted it to show that you can turn things around, no matter how hopeless the situation may seem.

‘Young people need to find the strengths to ask for help, to deal with their failures, prove to the world that they can be more and most importantly change their lives for the better.

'Regardless of where you come from there is light at the end of the tunnel, even though you can’t always see it straight away.