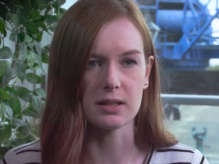 Alice Gray has a degree in neuroscience 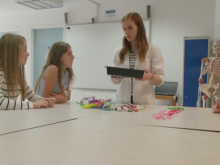 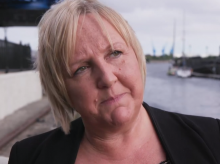 'I suppose I felt a bit like a nerd taking A level sciences. Being nerdy and being a girl isn’t exactly something that goes hand in hand or is seen as positive. But it was something I was really interested in doing - and luckily enough I’m a stubborn redhead, so I wasn’t going to let anyone get in the way of me doing what I want to do.'

25-year-old Alice Gray from Cardiff now has a degree in neuroscience and is determined that other girls and young women should have the opportunity of a career in STEM – Science, Technology, Engineering and Maths.

'I do think that sometimes science can be considered something that’s more masculine,' she says.

'But actually girls are just as capable of doing just as well, if we nurture and enable them and show them that they have the potential.'

Fixers has been helping Alice to get her message across, and she told her story on ITV News Wales on September 5.

Her campaign has now won support from the highest levels of the Welsh Government.

Their Chief Scientific Advisor, Professor Julie Williams, says: 'There are still too few women involved in science careers. It’s estimated that only 20% of the science workforce is made up of women.

'In engineering, it’s as low as 8% - that’s a drop. It’s still a challenging area. What Alice is doing is operating as a role model and trying to engage the next generation, which is fantastic.'

'I can see how a lot of girls would end up saying science is not for me,' says Alice.

'I want to shows it is for them, there is space for them, and without amazing talented girls, we are not going to get the research we need to solve the world’s biggest problems.'