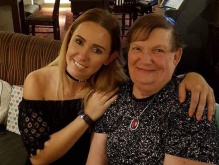 Ashleigh Parker and her nan 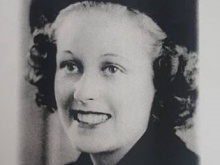 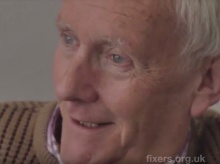 A still from Ashleigh's film

Ashleigh Parker, 25, is a process scientist from Brighton who wants young people to befriend older people in their communities.

Ashleigh’s Fixers film celebrates the joy of intergenerational friendship, showing her laughing with an older man as he recounts the heartwarming, and funny, story of a first date he once had.

Ashleigh’s campaign is timely, as an interest in intergenerational living is surging in the UK.

In September, a shared care home and nursery launched in London, while the UK’s first shared housing for students and the elderly is in planning.

‘I love these projects – they’re exactly what we need,’ says Ashleigh. Her interest in the elderly began when she was 16, and she was asked to teach residents at a care home how to use Wii games consoles.

‘It was so much fun. I loved hearing all the residents’ stories.  One, Charlie, had so many happy memories of his life working as a bricklayer, which he’d absolutely loved. He really inspired me.

‘For so many young people, life’s all about celebrities and money, image and fame. If more young people spoke to the elderly they’d realise there’s more to life. Charlie taught me that whatever you do, as long as you’ve adored it, you can be fulfilled by, and passionate about, the life you’ve lived. That’s what counts!’

In 2015, volunteering with the Impetus Neighbourhood Care Scheme, Ashleigh began to visit an elderly lady, Pat, for one hour a week. As Pat’s family lived far away, she spent her days alone, apart from brief visits from carers.

‘Pat wanted someone to chat and play Scrabble with, and she was such a character. If I beat her, she’d joke “you’re not coming round again!” Soon Pat was one of my closest friends – and she said she felt the same.’

Sadly Pat died recently, aged 95, and Ashleigh was heartbroken. ‘My visits made her day. But Pat had an equally positive influence on me, she taught me to always be myself and never let anyone else tell me who I can be.’

‘An hour a week is not a lot of time to give but the impact on the person you visit is incredible. It makes them realise there’s someone out there who cares about them – they’re not alone.’

Sadly, many old people are very isolated and feel estranged from the younger generations. In the UK, there are about 1,100,000 people over 65 who are chronically lonely.

And research shows that loneliness has a comparable effect on health to high blood pressure, lack of exercise or obesity – and the same effect on mortality as smoking 15 cigarettes a day.

Laura Alcock-Ferguson, Executive Director of Campaign To End Loneliness, says: ‘We all need friendship and support, no matter how old we are. So it’s great to see young people befriending older people. Ashleigh’s Fix will help to normalise intergenerational friendships and raise awareness of the issue.’

Ashleigh hopes her campaign will encourage other young people to visit an elderly person.

‘Some pensioners can go many days without any human contact. It’s just awful. There’s a growing division between old and young, often fuelled by technology,’ says Ashleigh. ‘A 16 year old might say “What are we going to talk about? I won’t have anything in common with a 70 year old.”

‘Things are so different now from how they used to be. But they were 16 once themselves, and because they’ve lived through so much, you’re bound to have much more in common than you’d think.’

‘If my campaign gets just one person to consider volunteering, then I’ve done my job. Just one hour, it’s not much to ask – but it makes someone else so happy!’

This project has been funded by The Blagrave Trust, a funder which supports vulnerable and disadvantaged children and young people in Hampshire, Berkshire, Sussex and Wiltshire.