Award For 'Sex in Schools' Report 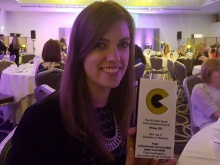 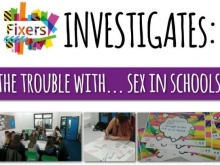 Fixers won the award for the 'Fixers Investigates: The Trouble with Sex in Schools' report 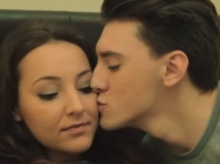 The ‘Fixers Investigates: The Trouble with Sex in Schools’ report, which led to a change in Government policy on sex and relationships education, has been honoured with a prestigious award.

The report was based on the experiences of 300 young people aged between 16 and 25 across the UK and highlighted the failings of schools in dealing with sexual harassment effectively.

The findings were used by the Women’s and Equalities Committee to drive the first parliamentary inquiry into sexual harassment in schools.

Earlier this year, it was announced that sex and relationships education would be made compulsory in all schools from 2019, reflecting the recommendations made by the young people working with Fixers.

After the news was announced Rosie, 17, who contributed to the report, said: ‘I’m delighted that the Government has listened to young people and we have had our voices heard.

‘Sex education up until this point has always been the same and I feel like now this is a big step forward in educating young people on not just sex, but what consent means.’

The report triumphed in the best use of evaluation or research category at the Public Sector Communications Awards 2017 – beating off stiff competition from organisations including North Yorkshire Police and Portsmouth City Council.

The awards aim to celebrate and recognise communication strategies and campaigns and the work of teams and individuals across the country.

Fixers CEO, Margo Horsley, said: ‘We are very pleased to accept this award on behalf of all the Fixers who took part.

‘This shows how much young people can contribute when we simply listen and value what they have to say.’