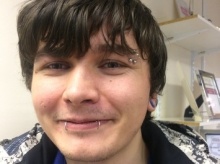 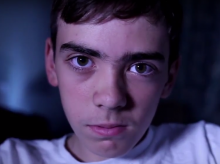 Actor playing the role of the victim in the film 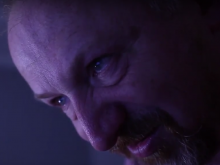 Matt wants young people to be mindful of predators online

A gaming enthusiast from Southampton is encouraging youngsters to beware of sexual predators when playing online.

Matt Seabrooke, 24, has seen the dangers of online grooming after his friend was tricked into sending nude pictures of herself to another gamer, who was pretending to be of a similar age.

He’s now teamed up with Fixers to create a powerful film which he hopes will inform others his age of the risks so they can take better precautions.

‘Many games these days are interactive so you can chat to other people from all over the world,’ says Matt.

‘My friend and I are in the same group online so we talk all the time. She was devastated when it happened to her and has really bad trust issues now.

‘If there are other people in the game, she’s scared to speak up.

‘It’s scary to think that your parents can be downstairs thinking you’re talking with friends, when really, you don’t know who is on the other end.’

Matt’s fictional film features a boy who is being groomed online by a man fronting as a young gamer.

He plans to show the piece in schools and colleges to make people more aware of the risks associated with online gaming.

‘I’ve experienced it myself,’ he adds. ‘People give me links to external websites or ask really personal questions to get information, but I’m wise to it.

‘That’s why I created this film because many young people can get easily led and don’t always know what’s going on.

‘Sometimes there can be financial risks too. These people will offer cheat codes for money so players can get further in the game.

‘It’s a shame because gaming is like a sanctuary for me and many others. When things get hard in life I can jump into a new world online, but knowing that these people are out there makes me think twice.

‘Hopefully this campaign can help others steer clear of these individuals.’