Open up about abuse 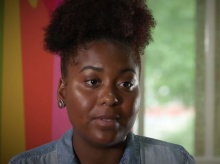 Ackley is urging victims to speak out 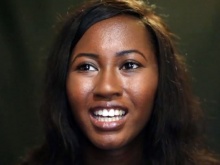 The actress in Ackley's film... 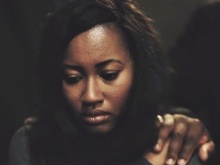 ...portrays the trauma of abuse

‘People tend not to speak about sexual abuse, because they feel they might not be believed, they might feel ashamed or guilty about what’s happened to them.’

Those are the words of Ackley De Silva, 17, from north east London, who’s determined to make it easier for people to speak up about their experiences of sexual abuse.

‘Through talking with girls of my age, I have been shocked to discover how many have experienced sexual abuse,’ says Ackley. ‘Once I discovered how widespread sexual exploitation is, I wanted to do something to tackle it.’

So Ackley worked with Fixers to create Step in to the Light, a short film which highlights the importance of speaking out if you have been abused. In the film, an actress plays the role of a young woman who has been abused and is reluctant to seek help.

The story of Ackley's campaign was broadcast on ITV News London on Thursday, September 7th.

‘Many victims are reluctant to talk about what they have been through because they feel often feel ashamed and guilty,’ says Ackley.

‘But it's important for young people not to feel that they are in any way responsible for what has happened to them. We want to get the message out there that talking to someone you trust can really help.’

In the footage, Ackley also interviews young women who have been the victim of sexual abuse. One described how she was raped by two people when her drink was spiked. She was just 15.

‘I felt like I couldn’t tell anyone, I couldn’t do anything - and when I had the courage to tell someone, the person I told didn’t believe me,’ she recalled. Since then, she’s struggled to form relationships "because it’s always the memory of it being there".

Another recalled how she was 14 when she was invited to a party by someone she knew on social media. But when she arrived, there was no party – and she was raped.

‘I did kind of blame myself for going to someone’s house that I didn’t know,’ she told Ackley. ‘But after that, I realised I was just a kid wanting fun at a house party.’

Both girls then describe how they have benefitted from opening up about their experiences with people they trust.

‘The film focuses on how difficult it is to speak out but also how important it is,’ says Ackley. ‘We want to encourage young people to tell their story and seek expert advice. If one young person speaks up about what they’ve been though, I’ll feel that it’s been a mission accomplished.’

This project has been supported by Arsenal