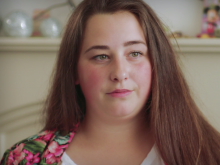 Terri wants other mums to speak up about postnatal depression 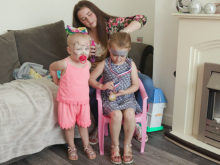 Terri with her children 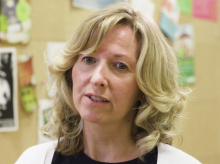 ‘When I was at my worst, I just felt empty and numb, like nothing mattered, nothing was good enough to stop me from feeling that way.’

Young mum Terri Reid was diagnosed with postnatal depression after the birth of her second child and is now urging others who may be going through similar struggles not to suffer in silence.

The 24-year-old from Liverpool has teamed up with Fixers to create baby bibs, illustrated with messages of support, to show young mums that they’re not alone.

Her story was broadcast on ITV Granada Reports on Thursday, September 7.

‘Even if they think it’s nothing, I want new parents to talk about it to anyone if their mood starts to change,' says Terri.

‘My Fixers project is to raise awareness of postnatal depression and to get mums talking about it.’

Click here to see Terri’s bibs and read more about her story.

Appearing in the broadcast piece, she says: ‘Postnatal depression is a mental health disorder, which in the west, affects about 1 in 7 women after they’ve had a baby.

‘Often there is a conspiracy of silence around this issue and women are afraid to say that they’re not coping or that they feel really bad and perhaps they’re worried about not being a good enough mum.’

Terri adds: ‘I think it’s surprising the amount of women who go through postnatal depression, especially the ones who suffer in silence.

'I think it’s really important to get help really quickly for yourself and your child.

‘If I can help one person then I’ve done my job.’