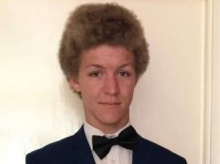 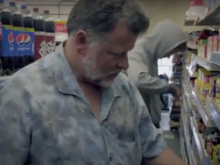 The film aims to address misconceptions of young people 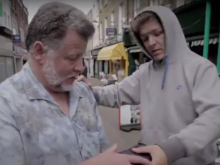 Tired of being seen as a nuisance, Cameron Taylor is calling on older members of his community to stop labelling people his age as troublemakers.

The 20-year-old from Birchington, Kent has helped to produce a powerful Fixers film to challenge negative stereotypes and encourage individuals to be more trusting of young people.

‘It happens all the time,' says Cameron. 'Once, my friends and I walked into a supermarket wearing our hoodies because it was cold. We had security follow us around the store.

‘It was really demeaning and made us feel like we didn’t belong. Nobody should have to feel like that. You can’t just make your mind up about someone because you suspect they’re up to no good.

‘We want older people to give us a chance. We’re not all bad.’

The film, which is loosely based on a real incident, shows a man who is left pleasantly surprised when a young person, who he initially assumed was up to no good, returns his wallet to him after leaving it in a shop.

Cameron believes that more needs to be done when it comes to portraying young people in a positive light.

He says: ‘There are many young people doing great things, but unfortunately, we rarely hear about them.

‘I think the media has a responsibility to carry stories that will inspire our generation and make people less fearful of us.’

Cameron, who has been a youth volunteer forfive years, hopes to share the film with older members of the community in an effort to challenge misconceptions.

‘I love the film. It hits all the right notes,’ he says.

‘I just hope that it encourages people to treat others my age with respect.