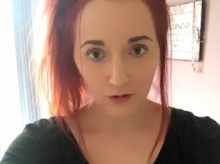 Aimee has created a booklet to show the benefits of blogging 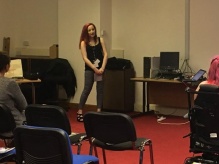 Aimee launched her project at the Newcastle Arts Centre 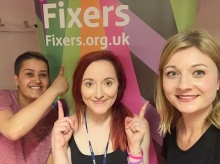 A woman with borderline personality disorder who has taken more than 60 overdoses wants to show how blogging helped her on the road to recovery.

Aimee Wilson, 26*, has teamed up with Fixers to create a booklet about how blogging can benefit mental health.

She hopes it will inspire other people who are also struggling to consider writing about their personal experiences online.

Aimee started her blog, www.imNOTdisordered.co.uk, after being admitted to Bowling Ward at Cygnet Hospital Bierley in Bradford when she was 21.

‘I began trauma therapy and decided to start blogging to document my journey for myself. It gave me a release and it was a safe place where I could talk about my feelings without having them added to my notes,’ she says.

‘I found that I really enjoyed it. It helped me to organise my thoughts and make sense of my feelings and actions.’

Aimee, who lives in Blyth in Northumberland, developed symptoms of borderline personality disorder - a serious mood disorder which affects emotions and behaviours - when she was 15.

‘The first symptom I was aware of was the need to self-harm and engage in impulsive behaviours,’ she says.

‘When I was 18 I started hearing voices and within 10 days I attempted suicide and was sectioned. Between June 2009 and July 2012 I took more than 60 overdoses.

‘My life was a mess and everything was ruined. I was just this girl who had hallucinations and switched between cutting and overdosing, making regular appearances in A&E, medical wards, police custody, psychiatric hospitals and restraint rooms.

‘My first overdose was on the day that I had three A-Level exams, so I didn't pass all of my subjects and my acceptance offer to university to study law was rescinded.

‘I'd nearly achieved my dreams and instead I was living in a nightmare.’ 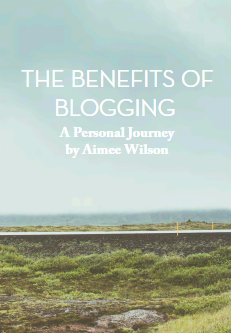 A person with BPD may experience intense episodes of anger, depression and anxiety that can last from only a few hours to days.

Aimee’s blog, which now has more than 250,000 readers, helped her turn things around.

She has been working with key stakeholders in her local area to help battle stigma around BPD and plans to share her booklet at relevant events.

She has also been working with a private healthcare company and a charity called Time To Change.

Aimee launched her project at an event at the Newcastle Arts Centre, which was attended by around 45 people.

*Sometimes Fixers exceed the 16-25 age bracket during the course of their Fix.