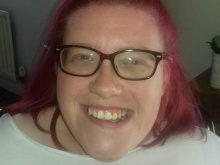 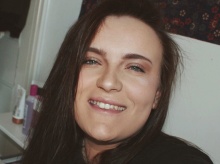 A screengrab from their powerful viral film

Two inspirational Tyneside students have starred in a powerful viral film on social anxiety and depression.

Beverly Held, 21, and Lauryn Neasham, 19, have both experienced the distressing effects of mental health conditions. While Beverly has battled depression, Lauryn previously suffered with social anxiety.

Now their goal is to let other young people know that life can, and does, get better, no matter how dark life might seem at times. They’ve now created a viral film, Social Media Anxiety.

It focusses on the all-pervasive use of mobile phones by young people, which can trigger or worsen depression or feelings of inadequacy, but can also be a lifeline to unhappy or isolated individuals.

‘Quite simply, you can suffer from mental health issues because of your mobile – but it can also be the tool to get help,’ says Beverly.

‘Everyone always has a mobile in their hand, and at down times, they can be your link to the outside world,’ says Lauryn. ‘But also you can suffer cyberbullying, or can become addicted, always updating your social media. That in itself can seriously impact your life and mental health.’

‘Depression and anxiety is seen as a joke, especially on social media,’ she adds. ‘On Twitter, I've regularly seen depression and anxiety used in a comical way.  As a person who suffers with anxiety, that hurts - and it puts me off speaking about my problem. I think a lot of teens have experienced that too, so I hope our video helps them to speak out.’

And Beverly knows how crucial it is to reach out for the support you need: ‘When I first became depressed, my family didn’t really know how to give me the support I needed. Hopefully our film will help families to understand what depression feels like, and help them to support a family member who’s suffering.’

The film was launched at Newcastle Arts Centre, and will now be shared online as the girls start to spread their message.

Beverly says: ‘Help is out there, and it’s easy to find, as it’s all there on your phone – with one search, you can find the numbers, websites and email addresses to contact.’

Lauryn adds: ‘Just a year ago I wouldn’t have dreamt of attending an event like our launch. So I want people to know you can get better and move on in life, without feeling sick to your stomach!’

Beverly's project was supported by the Wellcome Trust