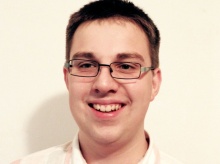 Talking behind people's backs hurts them

A still from the film Whispers

No-one likes to be talked about behind their backs – imagine how much worse it feels when you’re already suffering from mental health issues.

That’s the kind of social bullying that 19-year-old Nathan Hiams wants to stop.

A residential care worker from Leominster in Herefordshire, Nathan works with young people with disabilities.

When making the movie, Nathan was able to draw on his own experiences.

Although he’s never suffered from mental health problems, Nathan has dyslexia and dyspraxia. While dyslexia makes it hard to read and write, dyspraxia causes difficulty with coordination and movement.

‘When I was diagnosed as a toddler, my parents were told that I’d never get a job. If I’d believed that as I grew up, I’d have done nothing with my life,’ Nathan explains.

But although he’s refused to be held back, it doesn’t stop the whispers.

‘Once, while volunteering at a local charity shop, I was asked to display all the new books in alphabetical order. Soon I had over 100 books piled in front of me, I was really struggling and felt quite panicked,’ Nathan recalls.

‘Soon I could hear people whispering “he’s thick!” and “doesn’t he know his alphabet?” I could hear every word! Luckily, I’m resilient, but it still felt very awkward. If I hadn’t had the confidence I have, then a situation like that would destroy me.’

Now Nathan’s determined to spread his message: ‘Stop The Whispers!’

He wants everyone to stop discussing people behind their backs, especially those with mental health struggles. ‘People are afraid of the unknown. We just need to educate them and urge them to be offer support and friendship instead.’

Nathan’s also keen to urge those who are struggling to speak out and get help.

‘People are afraid to talk about mental health. If they’re struggling or depressed, they push it under the carpet. We need to lift the carpet, and tell people they’re not alone, and that help is out there.’

So what’s Nathan’s advice to anyone who’s suffering from mental health issues?

‘Don’t let the whispers get you down. You’re not alone, others are going through the same thing, and help is out there. So open up and talk to your parents, teachers, friends, any people you can trust. And don’t be afraid – it will get better.’