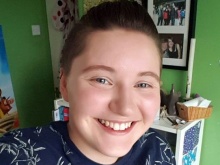 Sometimes, it’s tough to find a public loo we’re happy to use. But the challenge is even harder if you’re transgender and faced with two doors – one marked male and one female.

Louie Greenwood, a business management student at the University of Wales Trinity Saint David (UWTSD) in Swansea, knows this all too well. Louie, 20 and from Huddersfield in Yorkshire, was born female but now lives as a male.

Now, spending a penny when out in public has become a minefield of possible pitfalls.

‘This has been a real issue for me,’ says Louie. ‘Although I’ve never had abuse, I get really worried about which toilet to use when I’m out – especially at night in pubs, when drunk men stare at me if I use the loos. So now I use the ladies at night, but I wish I didn’t have to.’

So with the help of Fixers – the national charity which gives young people a voice – Louie has designed a sticker to be displayed in the windows of public venues, indicating that they offer gender-neutral toilet facilities, which don’t specify which sex they’re to be used by. 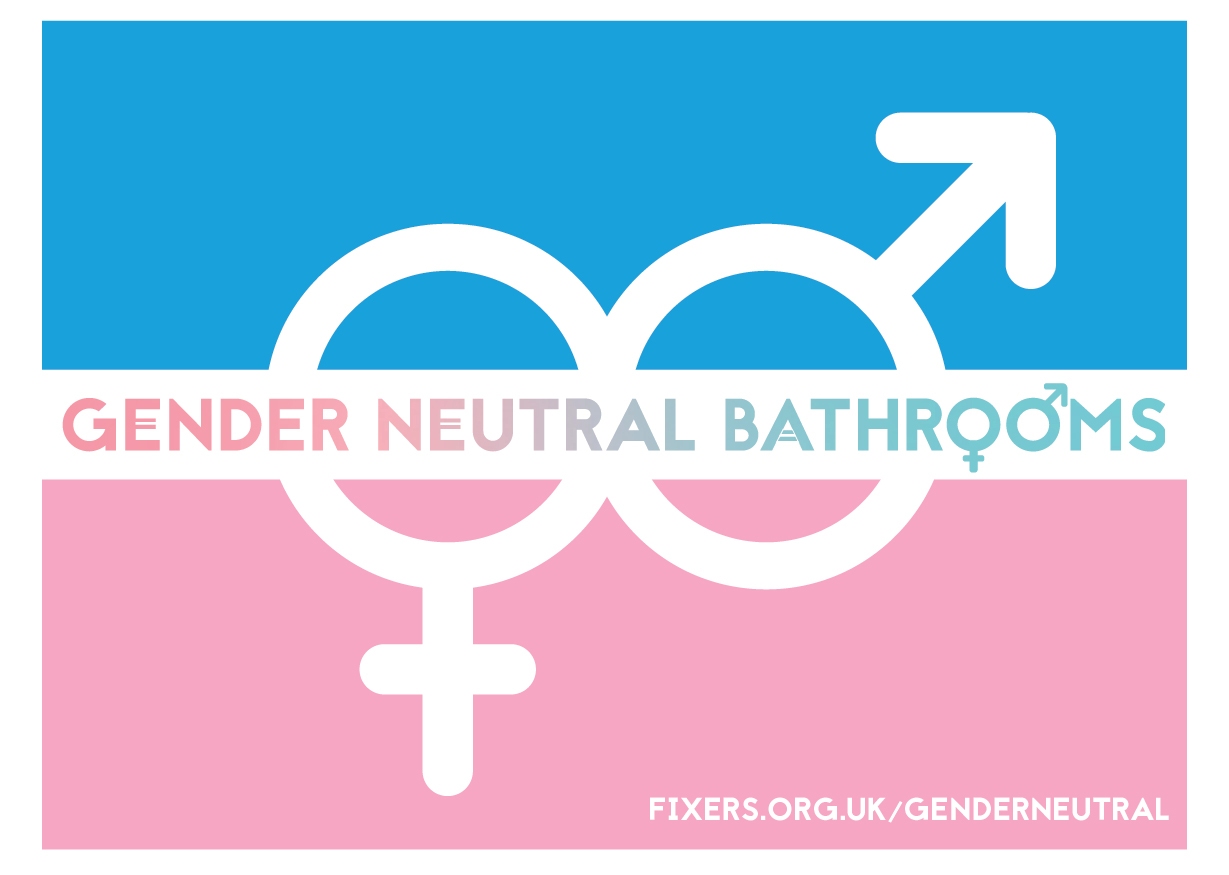 ‘Growing up as a girl, I knew that I never really fitted in or felt comfortable in myself,’ he explains. ‘When I heard the term transgender, I realised it described me. But it’s very hard to come out publicly and make the change. I was so scared  - but I needn’t have been. My family and friends have been so supportive, and I’ve never had any abuse or bullying.’

Yet still, everyday life can pose daily challenges for transgender individuals. Although Louie started at Swansea University living as a male, he was regularly wrongly identified as female.

‘As I don’t particularly look like a guy, I get misgendered a lot. Even when I’ve explained I’m transgender, many people simply don’t have a clue what that means. It makes it very difficult to choose which public loo to use.

Then they look me up and down and sceptically answer, “oooh-kay.” It makes me feel so awkward.’

As a result, Louie frequently, and very reluctantly, uses the female toilets in public. But now he’s campaigning for more gender neutral facilities. Already, the university has stated that it hopes to install gender free bathrooms into all of their new buildings and facilities.

But Loiue wants businesses across Swansea to proudly advertise when they do have a gender neutral bathroom available, to help others in his situation.

So he worked with a top graphic designer provided by Fixers, a charity which helps young people campaigning to improve the world, to create his instantly recognisable sticker image.

‘For transgender people, these facilities take away all the stress, worry and embarrassment. And hopefully it’ll spread wider across the country, making everywhere more welcoming.’

Louie’s campaign is already attracting support from important figures in the UK – including Stephen Whittle, Professor of Equalities Law and founder of transgender activism group Press For Change, who’s received the OBE for Services to Gender Issues.

‘What are gender neutral toilets? Well they are like the loo at home; everybody can use them. Schools which introduce gender neutral loos are not just providing safe spaces for trans kids, but for all kids,’ explains Stephen Whittle.

‘They reduce bathroom misuse, from graffiti to bullying, and encourage normal and safe ways of being around each other to boys and girls, as well as anyone who feels a little bit gender different. This simple sticker, combined with proper locks on loo doors, whether in a primary school or at a University, makes it clear that using the loo is something ordinary that we all do.'

Louie's project was supported by the Wellcome Trust.