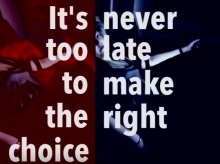 Ellie wants to share her film on social media 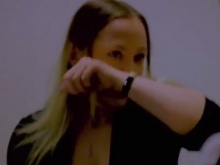 Ellie's film shows how drug use can spiral out of control 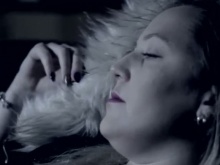 Still from the film

A young woman from Aldershot whose life spiralled out of control after becoming addicted to drugs at 15 wants to warn people that substance abuse can often be a cry for help.

Ellie, whose real name has not been used, has made a film with Fixers which she hopes will encourage people abusing drugs to stop before they lose everything.

‘If you see someone taking drugs it could be a sign that they’re not well in themselves. They might need a bit of support and help, or for someone to listen to them,’ she says.

21-year-old Ellie started smoking weed when she was 15.

‘My mum and dad had split up and my Grandma had died. I was in a really bad place, I didn’t understand what I was feeling and I was suppressing it with drugs,’ she says.

‘I was hanging out with people a lot older than me and I was influenced by them. They encouraged me to smoke at a New Year’s Eve party and after that I just wanted more.

‘As I got older I found the weed wasn’t working anymore, so I moved on to things like mephedrone. It got to a point where I was taking drugs every day.’

Ellie said that the impact on her school and home life was huge.

‘I failed my GCSEs miserably. I went to college but that was terrible too, because I was just thinking about going at the weekends,’ she says.

‘I felt like everyone hated me and like they were all against me. I lost a lot of friends and I felt alone.

‘Smoking weed all the time affected my mental health, and I take antipsychotics now.’

Things started to improve for Ellie last year, when she engaged with a drug and alcohol counselling service provided by homeless charity Step By Step.

She now has her own place to live and plans to go back to college to study a hair and beauty course.

‘My relationship with my parents is 100 times better than it’s ever been. They trust me – my mum recently asked me to housesit for her. She never would have done that before.’

She wants to make people more aware of the issue and plans to share her film on social media.

‘I hope it makes people aware of what the effects of taking drugs will be and give them some insight into what can happen.

‘If you carry on eventually you will lose everything and end up with nothing.’