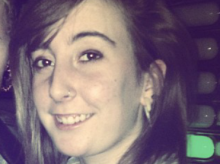 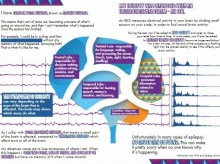 A woman who has a type of epilepsy which causes her to ‘zone out’ wants to educate people about the different forms the condition can take.

They cause her to lose awareness of what she is doing and become unable to remember what’s happened once the seizure is over.

With Fixers she has created a booklet explaining what effect epilepsy has on her and how to spot the signs of a seizure - which include staring into space and rubbing hands.

‘I once had a seizure when I was going to get the train to college. I remember leaving home and thinking that I didn’t feel right. I got to the station and thought ‘why am I here?’ she says.

‘Next thing I knew I was back in my hallway with my head in my hands and crying, with no memory of getting there. It was scary.

‘There have been other times when I’ve gone back to my old house and tried to get in the front door.’

Phoebe, who lives in Southampton, was diagnosed with epilepsy when she was 17 after going to hospital for an EEG – which monitors electrical activity in the brain.

She said she was confused when she received the diagnosis, and this has motivated her Fixers project. 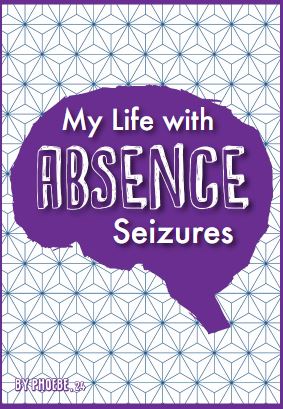 ‘I wanted to make the booklet because not many people have heard of my kind of epilepsy – I didn’t even know about it until I was diagnosed,' she says.

‘When I was told I had epilepsy my response was ‘how can I have that?’ because I'd never fallen to the floor and had a seizure.

‘After looking into it I know that the symptoms of epilepsy can vary depending on the area of the brain that is affected.

‘Automatically when you talk about epilepsy people think of convulsive seizures, so I wanted to explain more about what mine is like, because a lot of people don’t seem to understand.’

Phoebe, who takes daily medication to manage her epilepsy, says she would encourage other people with the condition to find someone they can talk to.

‘I was very upset when I was first diagnosed and didn’t talk about it at all for a while, but it’s good to open up about it. I’ve met some amazing people who also have epilepsy and now I like talking about it and I don’t feel embarrassed by it.'

She is thinking of sharing her booklet in GP surgeries and health centres.

'It's alright for people to be a little bit scared when they're first diagnosed, but hopefully my booklet can put their minds at ease,' she says.

‘Working with Fixers has been helpful for me. It was great seeing the leaflet come together. It’s nice to talk about my epilepsy in a positive way and for something good to come out of it.’

This project has been suported by The Blagrave Trust.