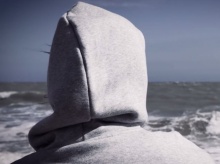 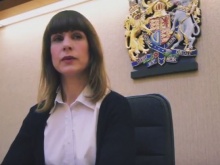 'Amy' was nearly tried under the joint enterprise law

'I was on a probation period for two years. I’ve suffered from post traumatic stress disorder and nightmares. It was just awful thinking that I was going to go to prison every day.'

24-year-old Amy, whose real name has not been used, is working with Fixers to make young people aware of the joint enterprise law.

She created a film based on her own experiences after she was nearly tried under the law - which involves crimes where more than one person takes part.

She told her story on ITV News Meridian (E) on July 6th.

Amy, who lives in Kent, says: 'When I was a lot younger, me and my partner at the time were with a group of people. We had a couple of drinks, there was a short argument with someone and it turned violent.

'They were having a bit of a scrap and then another boy jumped in and, I presumed, punched him five or six times. I wanted the fight to break up so I stepped in.

'I got punched in the stomach by the boy so I retaliated and still tried to break up the fight. The scuffle stopped and then I later found out that the boy was stabbed.

'If the person who committed the stabbing didn’t plead guilty we all would have gone down in the joint enterprise law.

'We were looking at six years in prison.  I was convicted of a lesser charge of ABH due to the person pleading guilty.'

'Joint Enterprise is where two or more people commit some kind of crime or offence,' he says.

'If one person seriously hurts another both they and any other people that were linked with them could be charged with that, even if the others were not involved in that final blow that caused the serious harm.'

Amy has been using the film in schools and holding workshops with young people to talk about it.

'I think its opened a lot of young people eyes and made them realise that you don’t have to be a particular type of person to end up in that situation,' she says.

'If one person could change their behaviour just through watching the video and seeing the effect it had on my life I would feel it’s been successful.'

Guilty By Association 9th May 2017