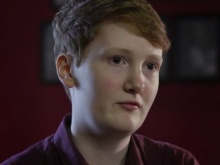 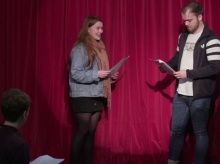 Catherine has written a play to get her point across 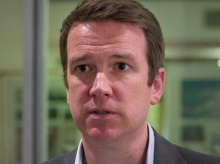 'Since the age of 15 I’ve had multiple part-time jobs alongside my studies. I’ve been paid the absolute minimum employers can legally get away with and I’ve been expected to stay late without pay, but simultaneously told off if I’m a minute late back from a break.

'It made me feel quite frustrated and not really valued as a worker.'

Catherine Divers is working with Fixers to make sure that young people are aware of their rights in the workplace.

The 18-year-old, who lives in Penrith, has written a short play about negative experiences young people have had at work.

She told her story on ITV News Lookaround on July 6th.

'I eventually realised that my time, my effort, my energy, all of that are worth something, and they’re worth respect. And that’s what I want other young people to realise as well,' she says.

'I think that a lot of young people, especially because they work in retail where there’s a lot of people who will do your job, don’t want to complain or they feel that they would just be instantly fired if they speak out about, it which is just not the truth.

'Whenever I’ve had to talk to a manager about this they’ve always been really understanding. It just takes speaking up about it and explaining your situation, but you have to ask and you have to say.'

He says: 'Young people are very heavily protected in terms of employment law.

'If they don’t make sure that their rights are protected then they won’t be paid the amount of money they should be receiving, they’ll be working more hours than necessary, they won’t have the necessary rest breaks or holidays they’re entitled to and they may have a manager that treats them in an unfair way.

'Employers wouldn’t go out of their way to explain what their rights are, because it’s not in their interests to do that.'

Catherine adds: 'I think it would be absolutely amazing if even a handful of people take the time to just research what their rights are.