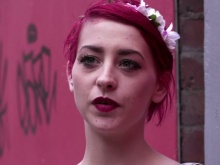 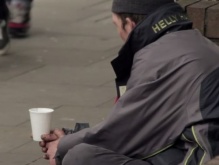 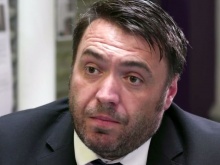 'Being homeless is soul destroying because you’re treated like you’re not human. People look down on you and it makes you feel you’re worthless.'

Cody Rennie, 24, is working with Fixers to break down prejudices about homelessness.

She made a film as part of a team with Mathilda Mansfield.

She told her story on ITV Granada Reports on July 6th.

Cody, who lives in Manchester, has first-hand experience of homelessness.

'As a teenager I had a lot of undiagnosed mental health problems, and my parents just couldn’t cope with me anymore, so I ended up losing my home,' she says.

'Some nights I’d have to sleep on the streets and I spent a few nights at a bus shelter. It was awful.

'I’m very passionate about the issue, not only because I’ve experienced it myself, but because I’ve been working with homeless people. I’ve seen why they’ve become homeless, and nobody deserves that.'

Her campaign is supported by Martin Gill, director of housing and support at Centrepoint.

He says: 'The homeless problem in Manchester is growing. We estimate that there’ll be 2,000 young people either homeless, or at risk of homelessness this year alone.

'Quite often the general public will think that there’s a lifestyle choice around homelessness whereas young people are facing issues around mental health, around lack of opportunity, lack of accommodation and not being able to access services, and to face daily prejudice only makes that worse.'

Cody says that after receiving help from mental health services she found the motivation to change her life, and wants to help change people's perspective on homelessness.

'A lot of people seem to think people are homeless through their own choice, through their own actions, that they would rather be on the streets drinking rather than a member of society, which just isn’t the case,' she adds.

'The message I’m trying to get across is that people don’t want to be in that situation and sometimes it just takes being pointed in the right direction to help them.'