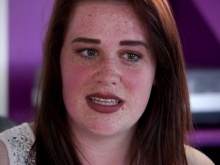 Caitlen wants young people to have fun but stay safe 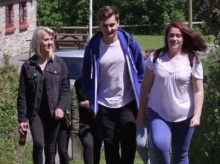 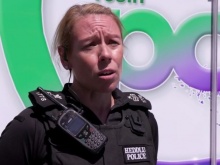 'Younger people come to some of the parties on the beach. Some of them are around the age of 14 and they’re already drunk.'

Caitlen Middleton wants young people to have fun, but to stay safe.

She says beach parties, often fuelled by alcohol, are popular with young people in her home town of Holyhead on Anglesey.

'They'll go off and do risky things like go into the forest, get lost, go up on the cliffs. That’s just dangerous,' she says.

Fixers is helping 17-year-old Caitlen and a group of her friends to create a film warning young people to think about their safety when they're having fun.

They told their story on ITV News Wales.

Their project has been given the thumbs up by the local police force.

'While we can’t condone underage drinking, anything young people do to encourage others to stay safe, is something I would encourage.'

Caitlen adds: 'The fact is, you don’t need alcohol or drugs to have fun with your friends.

'With our Fixers' project we want to encourage young people to stop thinking they need to fit in and just live how they want to and not go by other people's rules.'