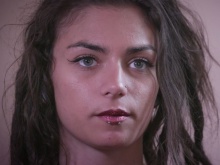 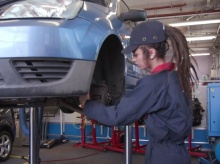 Gemima finds her job as a mechanic rewarding and fun 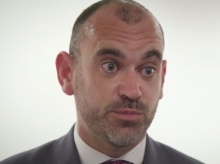 'I like being a mechanic because it’s fun. It’s physically taxing sometimes because you are on your feet all day, but it’s rewarding to fix things and work out how things fit together and come apart.'

19-year-old Gemima Christodoulou-Peace did a car mechanics course at her college in Ipswich.

The fact she was the only girl on the course got her thinking about gender stereotypes in the workplace.

Gemima says she wants to encourage young people, both male and female, to choose a career that’s right for them rather than one based on their gender.

With Fixers, she’s made a short film tackling the issue.

She told her story on ITV News Anglia on July 6th.

She says: 'When I decided to become a mechanic and start training I got quite a bit of scepticism from my friends and family.

'It did make me doubt myself a little bit, and that’s where a lot of the gender issue comes from.

'If you're a girl trying to be a mechanic and people are sceptical, maybe you won’t do it.'

Gemima got backing from an expert in youth employment, Garry Mills from MyGo.

He told her that only 9 per cent of the UK’s engineering workforce is female and he believes more encouragement should come from companies.

'There’s clearly still a long way to go. I think employers also need to create these opportunities, and work closely with schools to engage with more and more young people,' he says.

Gemima adds: 'I would be happy if people decided to take another look at their desired career choice and think 'why have I chosen that?' Is it because somebody told me to? Is it because that’s what I feel I should be doing?'

'I just want them to see if they’re doing it because they want to do it and they’re happy doing it.'